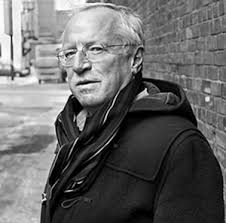 Book Review – The Great War for Civilisation by Robert Fisk

This is a book that is about Fisk himself as it is about the events that he has witnessed and reported on inside the Greater Middle East. It is not a good book, by that I mean it does not leave the reader feeling pleasant or even satisfied. That is why it is in many ways a great book.

Fisk has lived in Lebanon and reported on the events of the Middle East since the late 1970s, he was on the ground when the Soviets invaded Afghanistan, he was there when they left and the nation was wracked with calamity and marred in tribal tragedy. He was there to interview Osama Bin Laden, when he was a freedom fighting hero to when he was a relatively unknown dangerous man of some interest. Reporting with constant wariness, warning not only from Afghanistan but throughout the Middle East, that something big was coming. And suddenly when it occurred in 2001, the Middle East, Islam, Bin Laden all suddenly mattered.

Fisk was there when the United States and its allies invaded Afghanistan and when Bin Laden’s name was suddenly on everyone’s lip alongside the words ‘evil’ or ‘terrorist’. He reported on the terrible crimes of the Taliban, the Northern Alliance and the murderous operations of the United States as they blew innocent human beings apart in their pursuit of Bin Laden and self-righteous justice.

This is a book that spans the recent histories of Algeria, Iraq, Iran, Syria, Palestine, the Gulf States and Lebanon. Though it was written in 2006, it is as still relevant. It foreshadows what we are now witnessing and what those inside the Middle East are suffering, now is history and the future is unfortunately horribly inevitable. Especially so long as we continue to see the same patterns of intervention and despotic leaders both government and tribal use religion, nationalism and ethnicity to sow further seeds of violence.

Fisk, though a journalist has the command of an interested and well informed historian. He does narrate and impose his opinions as he reveals facts and dates and while some facts have been slightly ajar, he gives extensive sources and notes to make this a comprehensive and important read. Because of that it is a dense book.

A book filled with names of actual human beings, not merely the great men of history. Those significant heroes and villains of the world stage who seem to take up so much attention and focus when depicting events and regions. This is a book that painfully tells, however briefly, the stories of the many dead. The people who were tortured to death, blown to pieces, beheaded, gunned down or shot out of the sky. Soldiers, journalists, women, children and old men. Those beings that make the bloody tapestry of history, it is with their sinews and flesh that the fabric of life is bound and yet it is easy to forget this. Fisk however does not let the reader forget so easy.

Many have condemned this book and Fisk in general of being Anti-Israel or Anti-West. This is not the case. He is anti-atrocity, anti-murder, anti-abuse. The book has as much criticism for Iraq and Iran under both the Shah and Ayatollah, and when Saddam was an important friend to the West to when he was a pariah ruler. It calls to attention the violence of both Hamas, Hezbollah and the PLO while also recounting the Israeli violations and the terrible conduct of their South Lebanese militia allies.

It is anti-West in the sense that it depicts the many crimes against individuals from the early days of colonial supremacy, whether this was in gassing tribesmen from aeroplanes, to the many massacres in the streets of Arab towns, deceit of politics as was the case at Versailles to the more recent support of tyrants and terror groups up to the invasions of Iraq and bombing of Lebanese towns during its civil war. It reports on the events as they horribly are. Western narrative be damned.

It is an unkind book to the legacies of both George Bushes and Prime Minister Blair, along with their many eager allies. It is unflattering to the murderous Assad regimes of Syria, the torturers of Abu Gharib (both pre-American invasion and post), it criticises Yasser Arafat and his many Israeli counter parts with as much objectivity.

Is it empathetic to the Muslim world? In so much that Fisk lives among Shia, Sunnis, Maronite, Jew alike and sees them as human beings with unique perspectives and understandings of their own cultures and theologies. It does not tar Islam as the harbinger of global misery nor does he praise it as being a complete philosophy absent of some condemnations, especially when its holiest living men can so easily brutalise their fellow man. This goes for all religions, both theological and worldly. The problem lies in Man. Not in whatever ideology they claim to murder for. Fisk portrays this simply with the events of the real world.

Robert Fisk perhaps loves the Middle East as much as he despises it. He is honest with it. Such honesty is painful and important. We cannot live without truth and facts, at least not for the long run. I highly recommend this book as a historical read for those interested in the region. In some ways it is very prophetic, that comes as no surprise as journalists such as Fisk, shop keepers and taxi drivers along with peasants and hair dressers who live in the world that the pages depict all are in some ways all the prophets of now. Seeing then, what we now know now They see and feel the World as it thrives into perpetual chaos around them, while experts and elites dribble on and on with self-importance the mortals of common pain actually understand.

Unfortunately, those of us living in the powerful nations surround ourselves in the experts of failure, absorb ourselves in the lies or self-empowering narrative and elect rulers that revel in rhetoric and ply the craft of war and occupation. Imperialism is not dead, it is rebranded and has adapted. Its consequences are now far worse. Fisk has in this book and continues to do so from his minor pulpit at the Independent to tell the stories of real people as war and tyranny bludgeons on. For those brave enough, those moral enough, those respectful enough give Fisk your eyes and ears, it is the least we can do for our victims.