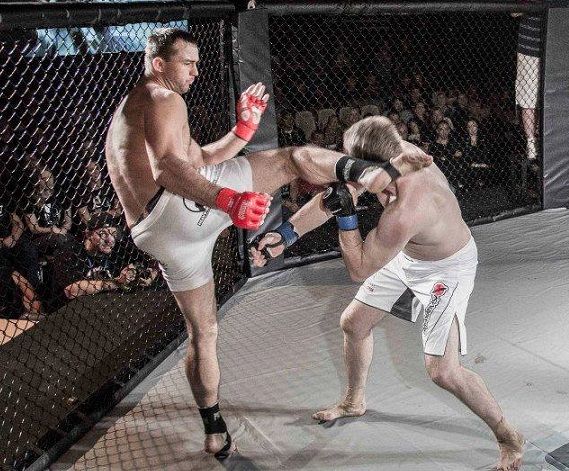 Fight bits round 1 – Talent is not enough

Fight Bits Round One — Talent is not enough

Among the many confusing aspects of professional fighting is that many assume the best fighter is in the position to challenge or head line. Often this is not the case. It is the most marketable or the fighter that happens to be willing to play the promotions game. The guy in the right place at the right time, usually for the right price.

You can help a guy out, spar him, work with him and completely outclass him in every way. Though he will be ahead of you in the rankings and will be fighting another guy, that you know you could beat or at the very least would be better matched against. But for some reason he is ‘better’ than you and the wins he has had matter more than yours, if he has even had any wins at all. Despite this you have to help your guy out because it is his time, his opportunity. It is about him.

The smaller shows and promotions writhe among the bedrocks of the sport, where super stars are distant enigmas. Those on their way up occasionally come by and cut their teeth and those lost in limbo are too risky or considered too expensive to match. It is not just their purse but those willing to face them that adds to the cost. So willing opponents will sign up and fight, loss after loss they bravely face their many foes. Local stars with their own fan base can headline, struggling to break out and get noticed among so many other local stand outs but should they have a supportive promoter they at least have a platform. The fans want to see them, regardless of outcome or flaws that may harm them on bigger stages. To point them out now, when they are fixable is disrespectful so on they fight, unaware of future danger.

The fans want to see him, they are paying to watch him because something about his character resonates, not so much his skill or objective abilities as a combatant but he is the man for the time. They are not privy to the gym or the nuances of the game and instead assume that the matchmaker knows what they are doing by putting on a certain match. He may be from another combat sport and is making the transition to the cage, however successful or terrible it may be, the crowd wants to pay and find out. By passing the many hardworking stallwarts of the sport in doing so. Or simply they are just more interesting a persona and that matters more than combative ability.

Now while this is not always the case, it often is. Many talented fighters are over looked or all out ignored because they have a boring media presence. Unless they are graphically violent or on another level when it comes to their performances inside the arena, they will simply be disregarded. The promotions, advertisers and fans are not interested in hard working and honest fighters usually, they want entertaining people.

They want sizzle, not the nutritious steak. They may not care that a guy is on a long losing streak, so long as he can spin a good interview or push himself hard in the social and mainstream media. Or so long as they look good, whether this happens to be a sex appeal or a violent menace for the crowd. They do not need to be a freak show but they still need something in their look that is spectacular, this is when they are a product.

Those that have both tend to come to mind, it is quite easy to recall the examples of those that are both entertaining as personalities while also being super talented inside their arena. If they were talented alone, they would not have made so much money and perhaps been granted so much spot light. Those that were failures however as numerous as they are tend to be forgotten. They fizzled out, they simply sank after a lot of money was made or wasted, or both. They did not live up to the hype or people soon got tired of hearing but not seeing or another, better version of them emerged.

As much as the average viewer adores the Rocky films and the idea of a working class hero stepping up onto the world stage to challenge the flamboyant super talent. This is very rarely the reality. The modern day Rocky Balboa needs to have fans attracted to them, not because they are skilled, tough or have been around for a long time but because they are either controversial, comical or arrogantly self promoting. To get a long shot chance like Balboa did one usually needs to be vulgar and obnoxious and have thousands of social media followers.

This is the nature of entertainment and the truth of profitable sports. The competition is a distant second to what sells. It is a condemnation not on the promotions, the media or the matchmakers but simply the fans themselves. They pay it. It is why a spectacle like Mayweather vs McGregor was even possible. It paid well for those that invested in it and only proves that another cross promotion shall occur so long as popular athletes are vocal enough to help inspire the fans. Both men are super talents inside of their combative arenas and for some reason fight fans get an itch to see their stars mix it up from time to time. Football fans seem to have an ability to segregate the talents and differences between soccer and rugby, NFL and AFL but alas fight fans are the champions of ‘what ifs’.

And because of this a star in one combat sport or martial art can walk comfortably into another and make a lot of money and gain a lot of interest, whether they succeed or not is not the point. Rarely do they transition with a series of tune up fights, instead they are thrown into the big end. The risk of a nobody beating a name star is dangerous to those interested. This not new, footballers have entered boxing, pro wrestlers into MMA and so on. Some times they have faced the usual list of opponents to help pad their way into a ‘credible place’ but in today’s age of short attention spans developing even a fake prospect needs to be instant. The fan’s can not wait, they do not need examples to get excited only two men standing in front of each other speaking jargon and communicating like lazy rappers. It’s all that is really needed to sell tickets.

No need to watch full fights, Instagram allows one minute flakes of a fight, let a lone a career. Who needs their own learned opinion when they can hear some one talk about fighters and fights on a podcast for hours in between tokes on a barrel of uncertainty. Full fights are too long and boring, historical bouts are gritty and hard to watch for those with 4k eyes. Mike Tyson is a killer, Muhammad Ali the GOAT, McGregor the super lord and Rousey can beat any man. We all know this because reassuring tweets and facebookposts and short clips with unrelated music blaring over them. Their opponents, their conquerors, their trials and their triumphs are all congealed into a homogenised pill for fans who are really not that interested in the sport they are attracted to. But they pay to watch it, they are the ones who keep it in business. They love the show though seldom most of the fights. Edited segments are the totality.

So, while inside some distant gyms work scary fighters, they are most likely the avoided sparring partners of champions, the guys that those on top respect. They may linger in the swamps of obscurity inside the developing world away from the pomp and ceremony that fattens up the armchair expert. Closer to home those that shy away from the need to self market, to boast and to make obnoxious social media posts in a need to sell themselves and to shill for promotions that treat them as what they are, perishable products with a limited shelf life. Enjoy the many coming shows, but by all means ignore the real fights.