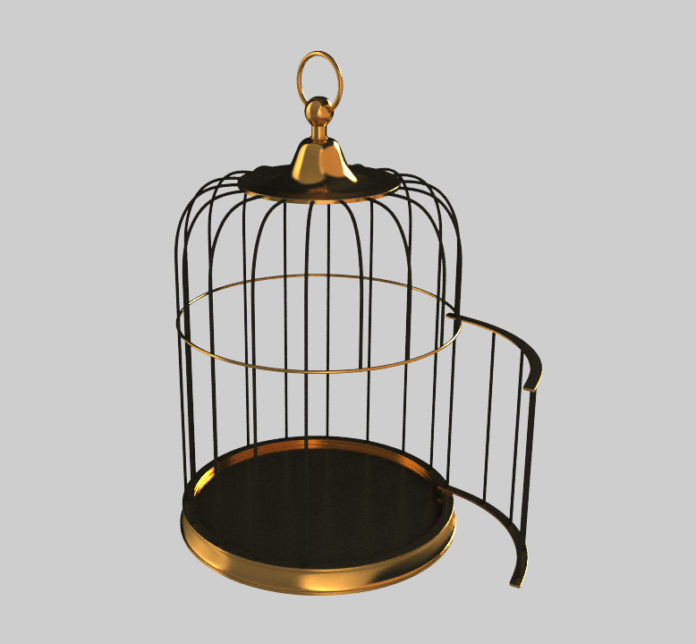 Loving the cage and not the bird.

Loving the cage, not the bird.

Scores of adoring people line up to watch the vast array of coloured birds, they are trapped inside a small cage, the bigger ones are unable to even extend their wings. The birds chirp and squawk their notes are not charming or poetic but instead desperate and stressed. Their guardians smile and profess expertise in the bird’s welfare while interested and indifferent humans pile past never considering the misery of an animal that was once free among the clouds and in the open air only to be trapped inside a cage, inside a hall surrounded by gazing beasts fascinated by its condemnation. It is Show time, the animals are merely an exhibit to entertain thousands of human beings, despite the claim of cause.

The prisoner’s crime, being small enough to trap, too pretty or with a distinctly pet friendly trait. Should a mighty bird of prey be trapped or a ‘protected’ specie suffers exactly the same indignity then many would express there and then their indignation. These birds however, simply common pets are destined to be prisoners. Any such inconsistent outcry would only be weighted by the morality of arbitrary laws. It is why these birds can suffer.

Alongside them in another stall lay cats of various ages, they look defeated, scared but most of all exhausted. They remain locked for ten days and nights inside a cage only to be removed occasionally so that their litter can be changed. Then for over ten hours a day streams of humans, prod them, film them and gaze at their cuteness. They are flesh and fur props to make human beings feel something, the kittens doomed to such a life as servitude are not considered. Though they reside inside a rescue organisations benevolent cage.

Those charged with the guardianship of these abandoned animals, now used to gain awareness or in hopes of attracting a new owner under the term adoption. How can one love a bird or birds and yet see them trapped like that? Is it really loving or is it simply a desire to possess. To have the chirping beating heart with wings doomed to never fly again, unless it escapes for those brief exciting moments all instinct and ability, any practice lost. It is dependant. This is mistaken as the return of love.

We claim to love our pets, having beings so obsessed with us that they view us as living Gods. After all we provide for them everything they apparently need, except for freedom. But often the beasts know no better and have been bred to only lead a life in a symbiosis with humanity. While the trapped bird pecks its beak against cold thin steel bars its master watches on fondly, occasionally releasing the bird so that it may feel the warm cage of the human hand.

The creature’s genealogy has been so polluted and manipulated by humanities breeding that many modern creations look nothing like those initially found in nature. Many crumble beneath defects, imperfections of evolution are uplifted because a human eye views them as ‘cute’ or different. The life spans shorten and health standards droop, so long as an invented pedigree is met then all is well. The original beasts of nature, the wolf, lion, eagle and so on they are now in the eyes of many animal ‘lovers’ viewed as noble and sacred, impressive beasts birthed from mother nature’s evolving womb. Those dependant human creations, distant, very distant relations are not granted such admiration or respect, least of all the tongue in cheek legalese ensuring their faux nobility.

That is not enough, wings are clipped, beasts are desexed, dogs debarked, glands are removed, tails hacked free. All to ensure that the living experience inside the suburban and urban residence is more pleasant, for the human. The love is so great, often one sided. The mutilation a necessity after all, it is a small place. It is not about the animal but the humans need to have it.

Beasts of burden no longer as rife in Western society as they once were had at least a reprieve from their masters, they could escape into mindless work where the physical pain on their body exhibited the true relationship between them and the humans that owned them. No ‘cutsie’ make believe or fraternisation, simply a distant separation between beast and man. It works, eats and some times rests while the human profits, eats and soon replaces the beast. Simple, cold and how it still is in many parts of this world I this day.

The bird inside the cage is different to the dog or cat, though in principle they share the same fates. Many urban cats are doomed to live inside a house, a being of predatory curiosity, intelligence and tremendous hygiene relegated to a small stuffy confinement where its own waste is constantly permeating about, it can not escape what in nature it had evolved with pride to avoid. Because it purrs, it has a soft exterior and warms the human lap it is doomed to serve. It knows no different.

The bird, a creature with wings, one blessed with the perspective of other dimensions in life, it can pick at the matter on the ground among the grass and dirt while also having the ability to sit in a perch from the highest branches of a tree, alternating between the two at will or according to a moments need. But most of all it can fly, some high, whether solo or in formations of organic order that defy human comprehension. This is what attracts many human beings to them, whether admiration or envy it varies. They can do what humanity can not by nature do, fly free without the aid of machine.

So how does humanity reward this talent, by perhaps doing the very thing that is next to death for a creature of such ability. Locking it inside a cage. Placing it indoors, away from the flowing winds, permanently grounded. Throwing it seed and replacing the paper beneath it on occasion after its filth has piled up. Erratically whether alone or with fellow inmates it jerks around flying those few centimetres across the cage to land on fashioned wood, a mirror flips about teasing the creature as the water stale and unrunning sits alongside its waste. The human loves the birds so much that he needs to own it as a feature.

This is perhaps a wider element of the human condition. We mistake love and benevolence. We delude ourselves that intention some how overcomes out come. We spend most of our days reinforcing cage like institutions around ourselves, claiming it is for security or welfare that it will safeguard a commonality from the imagined and conjured up hardships of nature. Freedom is ugly, it is dangerous. The cage, it is love. It protects, it allows food, water, and refuse to be managed, the caged beast no longer needs to seek or hunt it has all it needs from within this confinement.

We take those that are viewed as weaker and relegate them to cages, they are mordidly protected for their own good and over time, like the many pet breeds only know such a life. The reassurance and self admiration those owning the cages feel in knowing that they are helping, they are doing good. They are feeding, they are providing for those that are trapped. The paradox goes on rewarding those that profit from the trapped.

It is a lack of courage and principle that sees such a cruel practice in actual reality go on but with all pragmatic things they become accepted and seldom considered for what they are. Reflection and contemplation is rarely apparent instead the safety of a common practice, a collective current continues to see the self need for the ongoing practices. No culture wiling to change and no cage to be broken down.

The birds they unfortunately shall never escape, so long as they have an appeal to the human eye and ear they will go on being doomed as imprisoned pets. Humanity however builds the cages, imposes it, for the bird or cat it is a physical trap. Humanity faces an immaterial paradox, so many cages of conceptual existence. Unlike the bird, that often yearns to break out and fly away, many humans are desperate to break in and to never dare to run free.