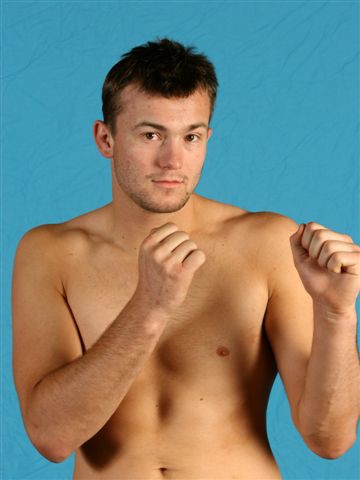 *This is a piece that was written in late March of 2003, about a month before my first professional fight. It is a pre fight statement of optimism which perhaps contrasts to some of the later pieces I have written about the sport, industry and martial arts, then again at points it may also be later confirmed.

It is said that a Mariner never earned his reputation on a calm ocean, and the new XFC ( Xtreme Fighting Championships ) looks to be far from a gentle sail for all those combat athlete’s daring enough to step inside its ropes on May 4th. Being a fan of the fledging sport of MMA, I am excited to see the emergence of what possibly could be the biggest and most revolutionary event in Australasian MMA history.

But to be a part of this event and to compete in it, my excitement and sense of pride has excelled to a new level yet to have been experienced by myself. Why would an unkowner with no MMA experience want to step into the spot light and fight in such a relatively elite event for his first time out?

To answer this, I suppose I would have to look at my roots in the martial arts. I took them up over ten years ago, so that I could learn how to fight. Like most people, I wanted to know that when it went down I could hold my own and survive. Naturally I went through and evolution progressing from the likes of Taekwondo, Judo and traditional Ju Jitsu to the combat sports of Kick-boxing, Boxing, Wrestling and off course dabbling in Brazilian Jiu Jitsu. It was through reading, watching and trying to practice these mostly on my own that my passion for MMA exploded out from deep within.

Though a question soon sprouted deep within my psyche’, would I be able to fight MMA-NHB?

After years of combing the South Australian martial art’s scene I searched for people and clubs that had anything to offer as far as MMA (actual fighting) was concerned. Tragically most barely knew of Royce Gracie or the UFC, let alone a double leg take-down or a rear naked choke. So, training was often solitary or done with my brother who like me is an addicted fan of MMA.

Through the internet I was able to make connections and arrange training with those others who loved our sport. Via the internet I was able to meet new people and gain as much knowledge that I could sponge up, no matter what the source or how dry it seemed. Though recently I was honoured to have met Elvis Sinosic, and was able to train with him. This alone was a big step for me on my MMA journey as I remember seeing him fight for the first time when I was 17, instantly I became a fan. So, with his advice and with the intent to someday train at his new academy I should hope to leave a good impression when I do fight in May.

So here I sit now, writing this, just over a month from my scheduled fight with the experienced and capable Nathan Stahr. In the midst of preparing to step into the ring and put all that I have learnt onto the line. Ultimately though, this will not be about winning or losing, instead it will be a learning experience for myself and those who I should hope to teach down the road. Stepping in and mixing it up, I will gain something that not many fans of this sport will ever have had the opportunity to even dream about, and that is get firsthand knowledge of what our legendary athletes go through before, during and after the fight. This knowledge will help me as someday I should like to not necessarily be a fighter in our sport, but instead a coach, guiding those hungry and aspiring warriors through the ranks of our new and exciting game. But most importantly to teach self-defence to the most vulnerable with knowledge gained in the most extreme conditions.

I suppose, that at 23 I am still young, and I have many years ahead of me. But I am determined to do what I can for the next two years, when it comes to fighting and training. As like many others I hold down a full-time job, mine being a meat wholesaler-salesman. These alone eats into a lot of my personal time, and with 4.30am starts one gets tired easily as their day wanes on. On top of that, I also have amateur theatre commitments, having just been dragged into a play with a weeks’ notice (I have two days from writing this before the show opens for nine shows over three weekends).

It was stupid personally for me to have taken that show, with my training and this fight being so important to me. But being as male actors are so rare, and this show had so many bookings, I felt obligated to help my friends out. Sadly, time is sparse and I find myself juggling these commitments with difficulty. But in the future in a few years from now, I will be able to train as a fighter and focus on pursuing a career down that road. Until then, it’s all about experience, exposure and of course fun.

Come May 4th though, I will be ready to step through those ropes and fight for myself as well as to be the first South Australian to ever battle it out under these types of rules. I hope to get as much training under my belt as is humanely possible, with all the cardio my little heart can handle, and get these hands ready to throw the heaviest leather that is legally possible or to control another man with skill and composure. From all accounts, my opponent is a nice guy, and I wish him all the best. I hope he does well in training, so that he and I can give the crowd and ourselves a fun and fulfilling fight.

So, there you have it. I am the rookie of this show, the unknown factor, perhaps even a wild card. The fan taking the ultimate adrenaline rush by getting inside of that ring. While inside I hope to give everyone an excellent fight, so that they would hope to see me fight again. Of course, the very nature of our sport dictates that anything can happen to me or Nathan inside of that ring, but I hope that both of us are able to show case our talents with the best man on the night coming home the winner. I hope to see you all on May 4th at the first XFC.

Be well and have fun.