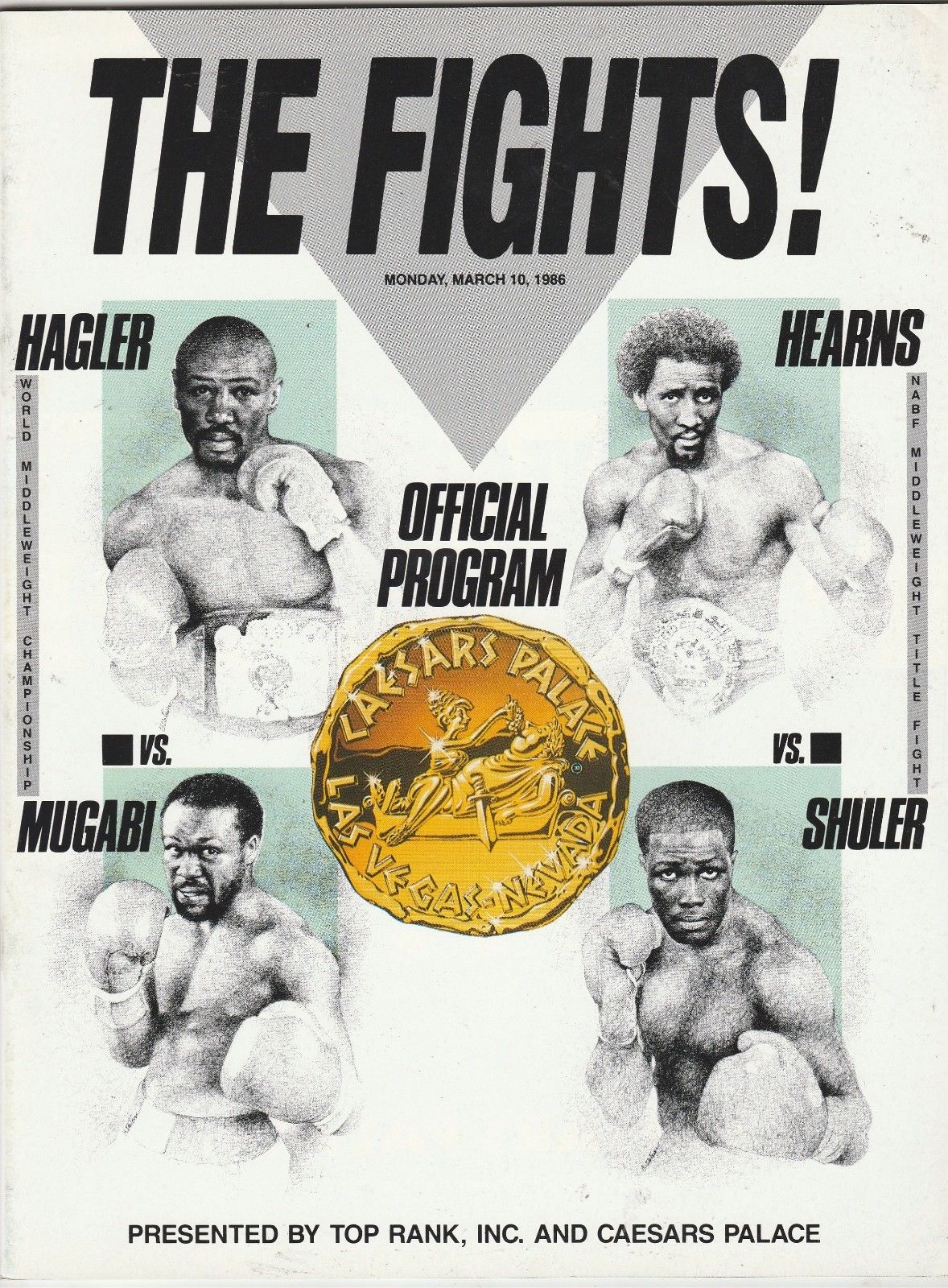 Hot on his defeat to then middleweight king Marvin Hagler, Hearns is looking to reaffirm himself among the 160-lbers.  A field swelling with lighter weight veterans, recent Olympians and young guns like Shuler.

It is a field ripe for upsets.

Shuler is looking to score such an upset and wants to make claim to his own legacy as a middleweight king.

In this fight we see the venom of a focussed Hearns, his skill and accuracy and how inside a minute he can break down one of the talented contenders of any generations.

Hearns does not over load his jab, he establishes it early with speed and consistency.

Hearns goes to the body early with his jab.

When Shuler counters or throws his own strikes, Hearns evaporates and moves away so that he continues to engage on his own terms.

Hearns moves his head, he remains defensively minded even while he is breaking Shuler down.

Hearns starts to land his left hook to the body and only after that contact does he begin to throw the right hand.

He retains poise until he senses the tension of Shuler in response to the body shots.

Hearns extends his right hand, over the shoulder and deep into Shuler. Knock Out.

This was tragically Shulers last fight. He died in a road accident a week after this fight.  He was a talented and promising fighter who always came across as a genuinely nice human being. RIP>

Check out the fight first, during or after this podcast.