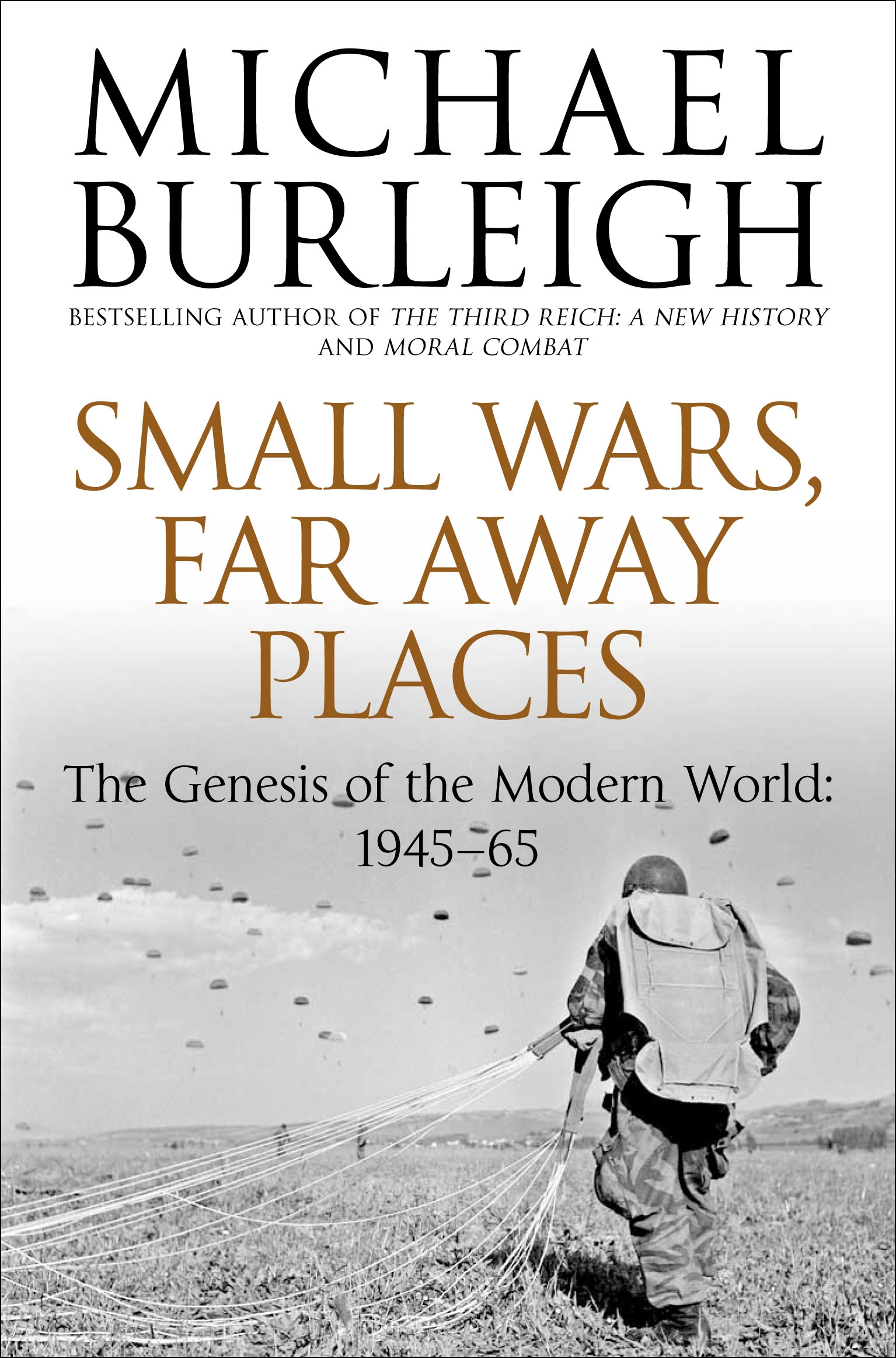 Small Wars, Faraway Places: Global Insurrection and the Making of the Modern World, 1945-1965
by Michael Burleigh

One of the talents that Michael Burleigh possesses is an ability to carry his pen with a combination of knowledge and wit. It provides the reader with an informative narrative that keeps you yearning for more despite an already generous amount of information considering the vastness of the subject and the limitations of the books modest size.

I found that this book was a splendid overview showing the origins of blowback and reality that exists across the globe today so many decades on. At times Burleigh manages to allow his disregard for certain historical players to show as his words drip with a certain amount of venom. While this can be condemned by many as far as historical matters go it is for the most part refreshing considering the very real consequences and tragedy that befalls the victims of such ‘great men’ of history.
The book visits upon with some detail the wars and conflicts that occurred in Korea, the Arab-Israeli Wars, the Malaya and Mau Mau Emergencies, the Huk Rebellion in the Philippines, French Indochina, Hungary, Suez, India’a wars with Pakistan and China, Algeria, Cuba, and Vietnam.  While historians may reflect upon many of these as brush fire wars or minor conflicts, their repercussions infect many decades afterwards.

It is a book that does not take an imperialists view, unlike many of those written about post colonial struggles and the battles to hold onto empire, Burleigh is not sympathetic to the insurgents and their methods.  But neither does he take the mantle for the great powers, those in these cases mostly of the West who sought to command, control and in so many acts “save” the natives from their own destiny or alien influences, notably near always communism.

Burleigh does not pull any punches when it comes to some of histories favourites, he does not hold favour for the Kennedy brothers and their meddling foreign affairs, nor does he tackle the aristocratic civil service and military of the British as they handle their crumbling empire with brutality and villainous self-interest. The book interjects anecdote with fact allowing the reader to gain a perspective that is often needed when learning about the complex futility of interventionism and warfare.

At times Burleigh interjects a little too much of the personal defects of historical figures which does help to colour these people, sometimes it is however unrelated to the matter being discussed. In a wider biographical context this is certainly welcome but when one has such a wide period of subject to cover, at times these highlights of flawed human character is a tad unwarranted. Not taking defence of such great people as most, if not all are deplorable and should not be above reproach, context however is the point on hand. Burleigh on the rare occasion can veer away, which is not needed in such a small book which covers such an expansive subject matter.
For the most part despite Burleighs wit and at times poisonous pen this is an excellent and most informative read. It certainly is a good platform for one to seek more on the various regions and conflicts discussed while also providing the reader with a solid one stop read of a period in history that is often over looked despite its wider implications.

I would recommend this book for the casual historian to those who have a deeper knowledge base. Burleigh does not talk down at the reader nor does he talk over their head instead he invites you to listen, respecting your grasp of events and language in such a way that one wishes to know more.