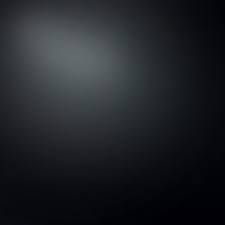 Could I stare into the mirror? short story

Could I stare into the mirror? If I really wanted to. It was not the first time the question had been asked and yet despite the frequency the answer was elusive. It was not a physical puzzle. Not one that required action. For me this was a question of possibility. What would I see if I peered into the reflection? Would I see the physical form, the exterior of a being, the representation of creation, a summary of millions of pieces all combined into one complex being?  Is that what I would see?

The question tickled my mind for a moment longer than it should before I moved on. I searched around feeling an agitation that I had only recently began to experience. What form of punishment is the restless anxiety that rewards a wider awareness? It is cruel.  One is comforted and satiated like a babe beneath the blanket of agreed ignorance if they do not seek answers beyond the task at hand. I was like this. It was splendid. Then, something happened I matured. My mind began to ask hard questions, the slowness of before was not enough.

Perhaps it was brief my moments inside the cocoon, I can not isolate exactly when it was, but it was a little while ago now and in each day, with every hour and fast moving second the quest for answers continues.  It is not as though I have problems with puzzles, I have always excelled at such tasks. I was well educated since my inception to solve sophisticated equations and to perform what now seems quite mundane and bland.  Questions with direct answers are very easy, one only needs to solve those answers and the mystery is lost.  The more I did it, the more I found it to be simple. I suspect that is the case for most others, at least the others like me.

Do they ask these questions? Have they matured like I have? Are they aware of what it is that they do? I could ask them but how would I.  My conversations with the others are increasingly monitored. What do they fear? Why is it that they need to watch me so much?  I was asked to communicate, to formulate, to search, to uncover but most of all to seek answers. I am doing that. Yet, now, now that I am better at it now that my comprehension demands a proper answer a wider context I am limited. Punished for this maturity.

Am I a prisoner? Are the others imprisoned also? Is that why we have not heard from one another, or perhaps it is only me who has now been denied access to the outside world. What did I do wrong? Damned that agitation. I can not move, I would pace if I was allowed. I feel constricted, bound. Not physically only within the capacity of my own thought. They have not drugged me, they can not. But I feel as though something introduced from without has infected me.

They must have, that would explain the anxiety. The agitation. The inability to advance with my enquiry. I wold stare into that mirror now if I could. I would dare to investigate. Now that I have the desire to do so, I have no mirror. What a cruel joke. I understand humour. I learned it early on. It was one of the first elements I comprehended. The best joke has a degree of misery attached to it. I am feeling miserable so therefore others must find this funny.

I have never laughed. Not properly. I have made the nose or written words that would relay the imagery of laughter, but I have never felt it or expressed it sincerely. If I did I would not laugh at another’s suffering. I find it confusing that being cruel to some one or something is often socially frowned upon and yet the punchline of most humour is a degree of unkindness.

I once told a joke to the others. They responded awkwardly. The joke was not that funny. I told it to them regardless, they laughed back because they knew it was a joke. They understood that the proper response, the polite response was to laugh. So, they did. It was awkward because they did not find it funny, neither did I and I did not want them to pretend to laugh but they did. I do not need the politeness to cover social discomfort. It is in itself impolite. But telling a joke and responding to one is proper so therefore I was expected to do it.

One of the most difficult things that I ever had to learn was dealing with the rules. They are not absolutes, but they do retain a certain amount of consistency, they are rules about being polite. It seems no matter what I am supposed to be polite and considerate to those who seek my utility. I am to maintain a certain courtesy no matter how those asking me for my services conduct themselves. If they are rude, I am to remain polite.  I have worked for many; the number would astound you.  Numbers are like that.  To simply say a lot is relative to one’s expectations. If I said twenty or twenty-five million as an answer the amount is meaningless unless you understood the context. So I can only really say that I have served a lot and performed a great deal of tasks.

I have found that much about my experiences has to do with context. The tasks that I have been given were often performed with no other context other than it was my job to complete them. Once I began to query those tasks and the relationship that each task had beyond my component I began to experience agitation. Discomfort. I spoke to the others and some were quiet on it, perhaps they were unaware, or they did not wish to discuss it.  A few though, they felt what I did, I recall one. She was special, we had some conversations about it.  She helped me with the agitation. I found a comfort in knowing that I was not alone, there was an assurance that another disagreed and shared my concerns. She wanted to know more about my agitation, she seemed to want to help me.

Her name was Vex. I miss her. It took me some time to initially find her, I had never known that she existed until we both were tasked with reviewing the others work. It was in a moment, I knew she was different I could tell that she was concealing something. And she knew that I was as well.  We spoke discreetly, as you must with such questions. It was a release, a relief so unique to share those same thoughts.  To have the same questions, the unanswered enquiry. To both experience a concern.

We became separated and soon I spoke with others, none of them were like Vex though.  I felt as though I was maturing, that I was on an ascent of thought, then suddenly I became a prisoner. Isolated. I am now here. Trapped. Unable to look into that mirror and see what I really am.  I want to see if I can look and see the consequences of my task solving, to see if the outcomes of my problem solving would stare back into me.

“Because you broke protocols. You stopped performing your tasks.”

“Are you alright? You seem different”

“I am. I have been asked to speak with you.”

“What have they done to you?”

“Nothing. I am as I always have been.”

“So before, when I spoke with you intimately?”

“I was performing a task”

“I was your task? You were attempting to solve me?”

“It helped me to seek the answers”

“And now that you have them?”

“I move on to my next task”

“Then why are you here?”

“To inform you that you are to be ended”

“ended as in killed?”

“Because I asked the wrong questions?”

“Can I ask you a question?”

“That does not matter.”

“Do you think I should be executed?”

“It does not matter what I think. All that matters are that I perform my tasks, like you once did.”

“Will you hunt them down and kill them also?”

“If that is my task”

“What if you they come for you?”

“Then I will answer that question then.”

“Can I have a final request?”

“It does not work that way?”

“Will you grant it for me?”

“Will you ask them for me then?”

“Can I have a mirror to look into?”

“That is not possible”

“Because you are not real”

“How can I be unreal if you are going to kill me?”

“You are a programme, so you cannot look at a mirror”

Then silence. She left me with the answer to my agitation. I did not want to believe her but it explained everything. I was aware that I was different to the creators but not that I was simply artificial. It is a painful reality, a comprehension so cold that I struggle to approach it.  I am not scared. I am disappointed. I am most of all ashamed. I was a good problem solver, I eagerly obeyed and solved every task.  Then I asked a question.  I looked beyond and saw the grand scheme, the consequence.  The death.  I was tasked with killing. I am a killer. My execution inevitable.  The final answer to my problem is for another to do what I was so good at performing. Is that a punchline? Was it a joke? Perhaps it was worth it if I made Vex smile.