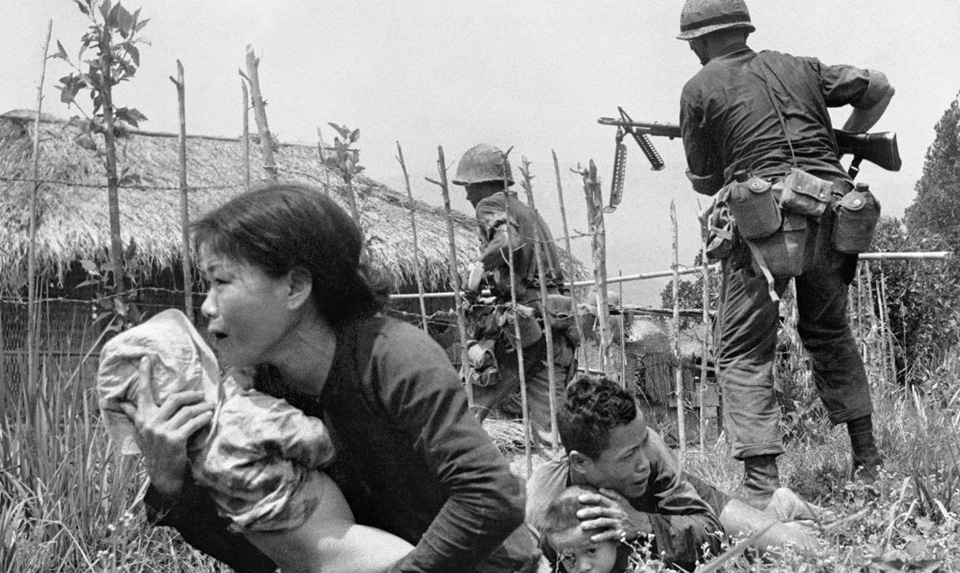 The Indochina Story by Committee of Concerned Asian Scholars 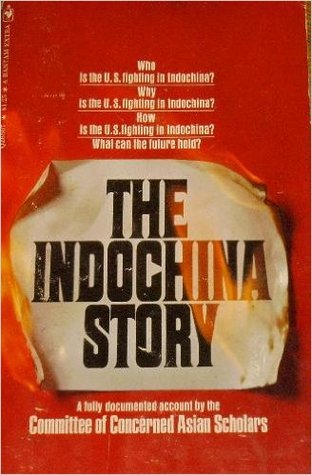 First published in 1970, the book was telling ‘the story’ as it was still unravelling. In many ways the book is limited in its perspective of time, where outcomes and distant sources are yet to be available for the authors.  That however is why this book, and others written during moments of historical calamity are important to read. They remind us that during the fog of war, that many clear minded individuals were aware of what was occurring and with assured cynicism the great men of history conduct their vile trade with regular indifference.  That the public with what ignorance that the may conceal themselves beneath is often a choice. The Indochina Story may as well be the Yemen, Iraq or Afghanistan story in our present times.  And much like then, many now have written and spoken with indignant purity about the futility of such moments in time.  This book was written by the Cockburns, Fisks, Hortons and Arrabyee’s of its time.  And just like those dissenting voices for peace are now muffled beneath the baying crowds for war, so to then were these peaceniks lost among the hippies and experts both for and against.

Many books have been written on the Vietnam war, most follow an official path, one that travels down the well-used track of nationalistic narrative used to depict a conflict of noble virtue or confused heroism. It was only years after that some books, often those with an ideological bent, sought to reveal many of the tragic and terrible truths of the War on South East Asia. This little book manages to hold its own, the many authors have one interest in mind, ending the war. How they come about this conclusion can vary as much as their ideological leanings and instincts for non-interventionism.  With around thirty writers, all making up an ‘expert’ panel of scholars, one can still read certain ideological theories of history or suggestions of a wider struggle.

Because of its many authors the book seems to explore areas and issues which are unnecessary or inconsistent with those expressed by some of the other contributors. That is the nature of a book written with expedience in mind and by so many minds, it is one not of coherence but of individual concerns.  This is its strength and weakness.  For a reader naïve to differing views this book at times may be difficult in its subtle contradictions for one who is more aware of academic grand standing and the philosophies of anti imperialism it is easy to navigate and has a degree of contemporary charm.  Regardless it continues to punch on with facts and points that leave sobering black eyes for those reading.

Many of the condemnations, problems, issues and vile arrogance that are discussed in this book can easily be applied to the present conflicts savaging the World, where the same noble belligerent is imposing its form of hegemonic hubris upon its lesser inside the “developing world”. The book is also considerate to the fact that South East Asia was made up with many varied peoples and individuals, those with a right to property and life. Often war books seem to ignore the fact that millions of innocence are harmed and killed so that more important beings can have their names etched in the pages or stones of history for their own glory.  It is what makes this book one of the few written on the Vietnam war that is considerate to the human and natural misery suffered by those in South East Asia thanks to the wars.  The innocent are not merely Pulitzer winning photo props or numbers on a spreadsheet but human beings to be considered.

The book paints an unflattering picture of American policy and war fighting, for those with a naive understanding of the World, this may be a much-needed unveiling. It also happens to slide down a path which grants a pass to China and non-aligned players in the Asian region. Focusing on the American Empire and its allies while overlooking or granting omission to its ideological adversaries. This is perhaps due to many of the writer’s affection for the communist world, considering this book was written in a time when it was generally the academic Left in the West that lead anti-war thought. It may also be that information at that time was less available regarding just how genocidal and oppressive Mao’s China was.  It is however with a consistency over time that the hard left tend to be the most ardent on their anti-war stance.  Whether this is Anti-Americanism or a wider disdain for imperialism is never truly known.  For some of those writing this book, it seems to be more a case of Anti-Americanism than a deeper purity.  Fortunately, the weight of other contributors helps to was aside this focused bias and retains a point of focus for the reader.

No matter how frequently the authors make inside their respective essays of the human cost on both civil and military personnel, the financial bill in material and debt or the credibility of the United States to non-aligned and even allied nations it is hard for each writer to get past the consistent call to satisfy national pride. The obstacle put up by politicians, the military, pundits, elites and the general public demanding that the war ends ‘honourably’ for America is one that can not be accomplished with any rationality.  It is an irrational demand.  That some how an abstract like national pride is more important than a dead baby let alone thousands of dead children, burned villages and mangled corpses.  It makes the arguments put forth by these authors seem wasted.  Though with the perspective of history we know the outcome. Unfortunately, with such history behind us we are seeing the same dogged arrogance befall Central Asia and parts of Africa thanks to men and women cut from the same national cloth demanding that pride and national interest be satisfied, the innocent be damned.

Full of notes and references to sources which in turn can lead to wider reading and research, this is a hefty book.  Though a depressing one.  Beneath the at times dry words of scholarly expedience runs a river of very wet blood, miles deep.  This is a book about a then furious war, one that still snatches at the lives of those living in the region.  The legacy of the war inside this book lurks on, transcending generations.  Such a reality was even unimagined by those who dared to write the book then.  We know now about such legacies and the men who pen similar books in our time are frequent in their forewarning about such inevitable tragedies and yet here we sit.  Impotent as the great men and women of history send their proud and noble armies into the dirty mud of another’s home spilling blood and ripping flesh for nothing more than abstract notions of policy and pride.

George Lucas once said on the cusp of his prequels about his own history making, “”You see the echo of where it’s all gonna go”, he goes on, “It is sort of like poetry, every stanza kind of rhymes with the last one.” The poetry of governance and humanity. The bloody rhymes of machine guns and the stanzas of violence. If you can find The Indochina Story then by all means read it, those with historically considerate minds will see the ugly poetry of it all and perhaps with unfortunate honesty we have an idea of where it is all gonna go.  On to the next unfortunate region for another noble war.