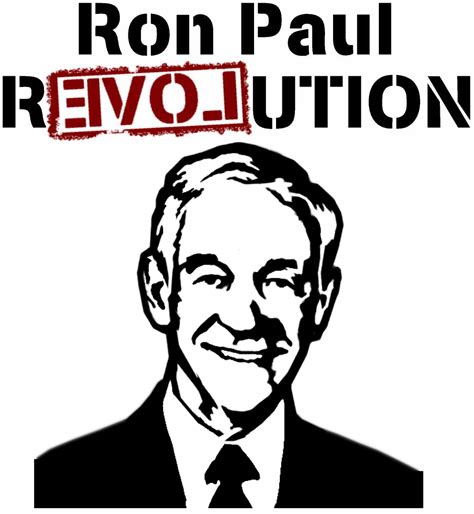 The Moment – How Ron Paul made a difference

.  As an outsider, I had found the ritual of US presidential elections to be fascinating, a helpless voyeur watching how the ebb and flow of war and peace may unfold for the coming years. By that time, I had lost interest in voting, I had become cynical and jaded wary of the partisan politics that infected the democratic process, as an Australian it was very much the same as it is in the US.  Two parties of basically much the same.  Tax, spend and war, always the wars.  Then a congressman from Texas, white haired and humble looking spoke, I had seen his name in passing but could not put a face to it. Suddenly as he delivered his words, I felt something that I had not thought that I would ever feel from a politician. It was 2007, I would set my lap top up and watch YouTube as I did chores when I first watched Ron Paul speak on liberty, he was running for President of the United States. I felt hope.

Doctor Ron Paul spoke about foreign policy with a sincere passion, while other politicians repeated the usual mantras that often lead to war. Ron Paul wanted peace, not only that he wanted to bring the troops home, all of them. Back to the US. To set an example to the world, one of liberty and peace.  As an Australia this sounded incredible, contrary to the nationalist pride that many Aussies feel when it comes to their military and the flag, our foreign policy is deeply attached to that of the United States.  It is one of loyal obedience that sees Australian soldiers deployed across the globe with eager aggression. To what end?  To stabilise through instability? To deter by invoking? It never made sense.  And here was a man running for president of the United States who was talking about ending an empire of wars.

It was not just the wars and the poetry of peace that candidate Paul promised, he spoke about limiting the reach of government. The income tax, prohibition, regulation, the federal reserve and so on. He was not a socialist that wanted peace, not a man like Noam Chomsky or Howard Zinn, no this was a man of the free market.  As some one who was managing a family business, limping on the cusp of the GFC, the excess of government regulation and biased favouritism of picking winners and losers through taxation and subsidies was all to familiar. It was not merely an American problem. It infected us all. And here was a man on the grand stage telling the world about our day to day struggles.

In that moment, every rant, each frustrated thought and all the shared murmurs with others had converged in the words of Doctor Paul. He had managed to diagnose the very same problems that many of us felt even down here in Australia. But he suddenly gave it legitimacy and a credible voice.  No longer were we a minority of confused voices lost beneath the roaring mob of the apathetic voter, we had a champion. We had a Texan leading the charge. I told everyone, I campaigned. Nothing I did would affect the US election but I was on the forums, commenting beneath the videos and writing into the computer with eagerness.  And boy did I share the words and message to anyone who would listen. I even donated to his campaign.

The internet was smaller then, but it was also less prohibitive. I found the books I had been looking for on the websites, Freedom Under Siege and Revolution: A Manifesto were bought early in 2008 as I followed the growing momentum of his revolution.  It was then that I went back into the Harry Browne radio shows that I had downloaded on Limewire and through mIRC in the early 2000s.  I read the literature of liberty from all angles from left to right, up and down.  New names began to emerge, the enthusiasm of the revolution had inspired deep digs into books and internet archives.   At its heart was Ron Paul.

For the thirsty liberty minded individual one could find themselves down a rabbit hole of conspiracy spreaders, it was easier then to fall into that trap because many were less obvious. Alex Jones was not yet a bursting meme but he was not right either, Jesse Ventura was an eccentric everything who dabbled in the strange, Gerald Celente dressed nice but meandered wide, they were the trending traps that lacked the economic reason of a then forecasting Peter Schiff or a historical icon Murray Rothbard.  Ron Paul seemed to glue them all together from the looney to the inspiring. But most of all it unified many of the anti-war voices from every spectrum.

The 2008 campaign was immense, it was an intense rallying that gave birth to many liberty minded movements. It was almost the singular incident that needed to happen, converging with the modern internet which helped spread the message with cohesion. It was a delivery of honest liberty, not yet to become fractured and hijacked by collectivist bigotry of many faces.  When the GFC hit, along with the widening wars in Iraq and Afghanistan candidate Paul was the sanity that needed to be heard. The moment introduced many of us to the anti-war champions of liberty like Scott Horton and Angela Keaton, widening the language and debate on the most important issue.  Peace.

The mainstream media treatment of the Ron Paul campaign and candidacy was not surprising, it was almost to be expected. The ridicule was also typical.  As is often the case, the detractors of liberty tend to make statements and set straw men ablaze but seldom answer any of the questions. Despite so much blood, misery and debt they are always ‘right’ and should a modest speaking Texan congressman offer answers and an alternative he is mocked.  So too are his supporters, those of us all over the world. With all that energy and reports of active servicemen supporting candidate Paul the most, he still lost.  He lost to his complete anti-thesis John McCain. A man who epitomised the war state.

McCain was a name that I knew well, as an MMA fighter and early fan of No Holds Barred fighting in the 1990s, I knew what sort of politician he was. One that sought to ban, punish and control. He also loved wars.  The republican party had chosen poorly and their loss to the Hope and Change candidate Barrack Obama reflected that. But we all knew then as we especially know now president Obama was not hope or change, he was just a better packaged version of the same.  Thankfully Doctor Paul would have another shot.

Suddenly four years passed, much had changed. But the wars and growth of the government had remained the same. President Obama had expanded the wars and in Australia deeply implanted beneath Asia we looked to the US for most of our foreign policy directions as political parties waffled on about what sorts of tax, regulations and grants to tinker with.  The Australian political scene had seen the rise of a libertarian party, the Liberal Democrats and even had a senator elected.  Much of the energy for that success and interest was due to the Ron Paul 2008 revolution.  Unfortunately like the US libertarian party, the Australian version was as limp and concerned with less than dynamic issues.  The energy from his revolution still thrived.  It still inspired.  I would even use the Aimee Allen song ‘Ron Paul Revolution’ as cage walk out piece.

The 2012 Republican primaries were not as exciting as the 2008 run but I watched on with as much interest.  I was better read and knew more about the issues than I had four years earlier.  The media covered candidate Paul with as much disregard as they had in the past and showed a disdain for his following.  He was a non-entity for them. The liberty movement had grown along with those conspiracy voices, the Obama presidency had rattled all sorts of cages.  And some of them lent their support to Doctor Paul.  This was at times used against him. Even an AOC is at present being criticised for the words of a disturbed individual, that she did not know or had no control over. The media then like now invented stories to discredit.

Candidate Paul spoke with as much determination and honesty as he had in the past, in all his runs for president. Though he was not the firebrand that he was in the 1980s, his age had given weight to his wisdom.  Those that stood alongside on the debate stage blathered the usual words, the familiar lies or mantras that can be heard the world over.  Lips that kissed domestic babies were often attached to fingers that signed the ink which blew up foreign ones. Candidate Paul did not need to kiss babies, he had delivered them in another professional life.  And nothing he proposed would lead to the murder of the innocent, unlike the clambering voices for war that stood alongside him for the candidacy.

Again, he lost, and a piece of stale white bread of a man Mitt Romney won. He would go on to lose to president Obama in a bland race of two politicians selling used cars to a mob of onlookers who were already loyal to the badges. Though he eventually retired from politics, he did not retire from liberty. With tremendous energy Doctor Paul continues with his liberty report and speaking to those who listen. Though his revolution did not topple the war state, it did fracture it in some small places. It also imbedded seeds all over the world, those yet to grow.

The moment may have fractured in some ways, the frustrated and lost would look for another Ron Paul, some finding Bernie Sanders or Donald Trump wishfully comparing them in some way to the good doctor.  Not realising the level of insult that such a lesser of two evils argument could make.  That was the point, with Ron Paul the world had no lesser of evil. It just had a man who wanted to leave everyone else alone. It was not going to be easy, ending wars, curbing debt and stopping dependence on the state is never going to be a soft walk, but that is the nature of change. That is what hope emboldens us for, the difficulty of transition.

Ron Paul was in many ways a hero to many of those who are tremendous voices and advocates inside the liberty movement, his name will be synonymous with the moment and should the censors not win out far into the future he would have been shown to be right as historians look back to this bloody period in history.  Dignity and principle do not tend to make one rich, or even help one win elections but what they do is let one stand tall with honour.  Ron Paul is one of the tallest men I have observed. In peace and liberty, thank you Doctor Paul.