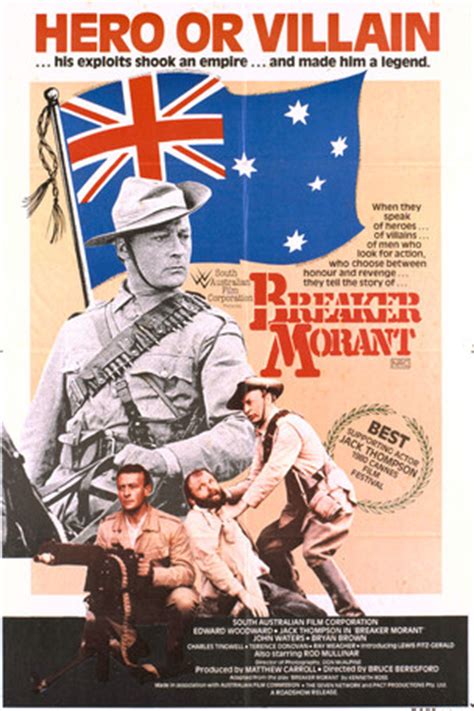 Australia has a culture for war, war is the culture of atrocities.

The Australian government in its own inquiry has confirmed many of the allegations that had been leaked by journalists of war crimes in Afghanistan. The allegations that Australian special forces had executed prisoners and murdered civilians. The investigation that was conducted after journalists were threatened by prosecution for exposing such war crimes. With the revelations already out there upon a mountain of evidence, the government found that its defence members had been involved in the alleged atrocities. It is claimed that a culture exists within the SASR, Australia’s elite special forces, which may have promoted the killings.

The public reaction to the admittance that elite Australian soldiers had been involved in such terrible acts of war has varied. Australians have a tendency to love their military, they may hate the political administrations that wield them in war but that is more to do with partisan politics. War itself is often bi-partisan. Many now blame the politicians, as though the political masters themselves were on ground in the kicking boots and pulling the triggers on frightened civilians. It is the tall poppy syndrome that simplifies warfare. To try leaders alone for crimes, as though ‘simply following orders’ is defence enough. And in this case, there were no such orders to follow. That however does not make the Australian government innocent of waging war and the inevitable misery it brings.

Whether these soldiers are being made out as scapegoats or not does not change the fact that they themselves executed prisoners and civilians. Exactly how many innocent civilians and prisoners were murdered will never be known. Just as it is unknown the true depth of atrocities committed by all sides in the ongoing war on Afghanistan. And most other wars for that matter. The Australian head of government has written a letter of apology to the government head of Afghanistan in an act of apology. Such out of touch gestures reveal a widespread arrogance of national government, they are not the suffering people instead often they are the ones distributing the suffering. The victims are often vastly disconnected from the Kabul regime. And Australian soldiers would have been operating inside of Afghanistan regardless of who the prime minister was at the time.

What of the justice for the victims and their families? A payment will likely be made and an admission of guilt. That is something more than many others have received but ultimately it is token. It does not remove the pain, anguish and terror experienced. Or the fact that the people of Afghanistan have suffered an endless brutal war as numerous foreign actors intervene and kill and while domestic warlords and terrorists exploit this invasion for their own devious ends. Insurgencies are manured in the blood and bones of dead loved ones. Especially when the foreigners kill indiscriminately and brutally.

For the people in Afghanistan they know the true nature of the war. They know the devastation from the air as helicopters, jets, drones and gunships devastate from above with reckless murder. The Doctors Without Borders hospital in Kunduz mass murder from the US military in 2015 showed just how callous the allies could be, as a gunship blasted from above killing at least 42 doctors, staff, women and children patients. The rules of war never matter to those waging it, especially when they are often the rule writers.

On the ground where the terror is more personal, soldiers from other nations have been involved in torture, rape, executions and murder of civilians. The recent inquiry just reveals that the Australian soldier is no different. The nature of the intimate murder on the ground is viewed differently by the public and law makers. It is why bayoneting a baby is considered atrocious while napalming a school of children from afar is deemed collateral. The war from the air has netted numerous civilian deaths, including those by the RAAF as was admitted in Syria when civilians were killed by an Australian strike. In some minds this is not a war crime. To the victims and those fermenting terror and the insurgency it most certainly is. Perspectives change when you are related to the people who were murdered.

For Australia and its allies, the rules are often bent. Australia, an island continent far removed from Afghanistan geographically and culturally, acts with impulsive urgency in any crisis. Its government is able to impose laws that involve both war and domestic policy as it pleases. The lawless law making is a characteristic of many nations that wage endless wars, in the name of their own passing self interests. Australia is no different. The Australian soldiers conducting operations in Afghanistan likely found themselves in a perpetual state of confused objectives. After all, what now is the end game in Afghanistan? It likely will change with the incoming new US political administration. And what was it a decade ago? It does not matter, Australians are there to fight, who? Mostly the people of Afghanistan.

The admission that Australian soldiers had committed war crimes by its own government does show the depth of seriousness of the culture that exists within a war weary few. The Australian special forces community has been deployed and wielded by the government for decades with reckless disregard to war fatigue. From interdicting refugees to numerous deployments in Afghanistan, Iraq and perhaps Syria the SASR is thrown about by the government with the assumption that the men are superhuman beings there to serve policy. On top of the wars the special forces community have no doubt been involved in the training of local allies, exercises to integrate them in a wider multi-national coalition and any other covert operations. And now as the sabres are rattled in the direction of China another pivot has been given to the ADF. The elite few are now trapped in a state of service for the Australian government and its ill defined wars, that always has terrible outcomes. The soldiers may not be able to decide where they are sent, they however can decide how they conduct themselves.

Despite the dirty fingers that this revelation gives Australian government officials, the institution of aggressive Australian foreign policy will remain. The next season of cricket will start and the Australian appetite for war, limited and discreet, will return. For many of the Australian public the role and function of the military is without doubt. They are keeping Australia safe and free. In Afghanistan perhaps from terrorists, and maybe illicit drugs. Or to stop bad regimes from terrorising their populace. Only foreigners may do that. And in the case of limiting freedoms in Australia, only a domestic government may do that too. In any case, the wars will go on for Australia. The Aussies will always be there.

A great many Australians on social media and in public are less than impressed by the governments criticism of the conduct of the soldiers. Siding with the SASR. The love for the military and the men who do the bloody deeds for nation run deep in Australia. The ANZAC is celebrated, they are a national knight who is hard to criticise. And any criticism is often re-directed at the officer class or the politicians themselves. It should be the prime minister from Howard to the many other often coup appointed leaders of the Australian government that should face trial it is claimed. But they as individuals never likely killed anyone. As difficult as it was for the soldiers, they made those decisions despite any orders. And clearly given the whistle blowing fellow soldiers not all agreed with those murderous decisions.

“OK. I just witnessed an execution. And you kinda just move on, like we were pretty busy. You just kind of move on. I am sure that it was discussed behind closed doors.

It’s one of those units where it is very hard to come forward to say stuff, these things are investigated and they get away with it at the time so you kinda don’t want to really ruin your career I guess.

The fact that you know that they are getting away with this stuff, even when it is officially investigated by the military, you know it is not going to change anything.”

– Former SAS member Braden Chapman in his 22 May 2020 interview on the Scott Horton show discusses his experiences in Afghanistan,

Some have argued that this is no way near as devastating as the My Lai massacre or the Japanese military rape of Nangking. No one claimed it was. But for the victims, those moments of terror were still very real. One murder is still wrong. It is with abstract morality and the majesty of nationalist obedience that one can swish numbers around to calculate just how much suffering and death is tolerable. Or the fact that the Australian military, again, was overseas involved in another war that has no virtuous outcome. A war against a population that had done nothing to Australia or had any intention in attacking Australia. But neither did the Boers, Turks, Vietnamese or Iraqis.

It is not merely a culture within the SASR itself or even the military. It is Australian culture. An entitled one that feels it has a right to go abroad and wage war. That no matter what the law or policy is, Australians have a duty to see it through. To follow the rules. The bushranger convict mentality may be one that is celebrated by a shrinking percentage of the population, the majority however love their government or are impotently accepting of it and its many intrusions. And far too many now depend on it. And no matter how many examples to the contrary, it is done in the name of the abstract for he greater good or a meandering ideal of freedom.

So as the new decade rolls in, it is safe to say that we shall see more revelations as whistle blowers may feel safer in coming out. They may reveal not just the conduct that occurred in Afghanistan but in other Australian military deployments. And as Australian citizen Julian Assange is held as a political prisoner, the Australian government and wider public are silent on his status as a human being and journalist. Instead because of his part in the revelations of murder in Iraq by an allied military he is forsaken. His condition deteriorating and his future unknown, but for Australia more wars await. The government and populace will add more to the growing list of misery that it calls foreign policy. And most Australians seem alright with that, or at the very least indifferent. That is the culture, it is Australian.

“The fact of the matter is that war changes men’s natures. The barbarities of war are seldom committed by abnormal men. The tragedy of war is that these horrors are committed by normal men in abnormal situations. Situations in which the ebb and flow of everyday life have departed and have been replaced by a constant round of fear and anger, blood and death. “ Major Thomas from the Australian film, “Breaker Morant”.