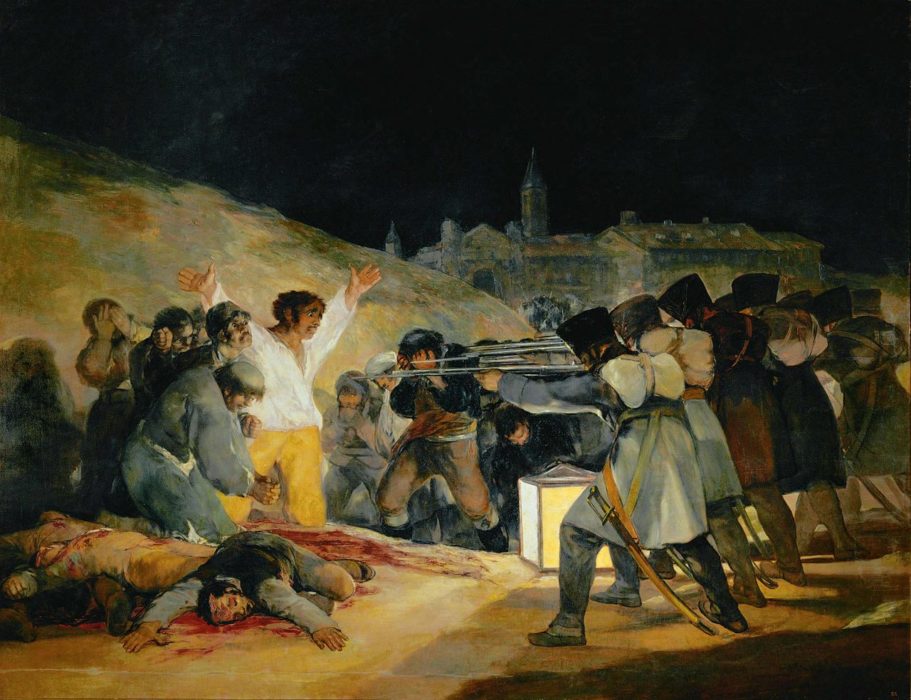 The Anti-Morality of the Coercive Monopoly

There are two ideological camps that matter, those who believe that coercion is required to achieve their means and those who believe in cooperation through voluntary interactions. History and the contemporary world has been defined by the bloodshed of the ideology of coercion. Those who believe that coercion is necessary often have a perspective of self appointed virtue based entirely on intended outcomes. This is the anti-morality used to rationalise the many forms of violence and misery that occurs when the coercive ideology is implemented.

When coercion is the acceptable means, society adopts an anti-morality outlook. One based on a false premise that no one would otherwise do the ‘right thing’ if a large stick did not exist to punish and deter. And yet the wielder of the stick is often morally wrong. Its existence creates an imbalance of justice and a confusion between what is right and wrong, instead legal and illegal is what matters most.

The imaginary conclusion of a greater good begins the equation and what needs to be done in order to achieve it, no matter how destructive and harmful, ensures that the cycle repeats. Who the greater good ends up being for and what utopia ends up looking like is determined by perspective and the bias of historians. The victims rarely express their experience, those who benefit and those who believe are usually the loudest voices. Victims become statistical factors that can be omitted or massaged and in time lost, long term they are never as important as those who use the coercion in the first place.

In order to preserve, reforms will be sought, where the coercive entity is re-managed and guided away from the contemporary controversial. This is usually a lip service, some may be punished, reforms tend to be a safeguard to ensure the vitality of the coercion and its benefactors. One can reform a coercive monopoly as they could rape itself. The act is the essence of violation and indignity. One party forcing itself against another is the root of the violation, language and adjustments do not change the fact that permission was not granted. What makes love and consensual sex different to rape, is that one is voluntary and the intimacy is cooperative and welcome. Should the violation produce an innocent child, this does not absolve the rapist or then validate the act. We understand this on an individual level, though on a politically collective level it is dismissed based upon scale and abstract outcomes. Consent matters.

The reforms are required to prevent and punish corruption based upon its own definitions. Though the very existence and power of a centralised monopoly that exists because of coercion is a playground for corruption, it invites it and rewards those who otherwise would struggle in a free society. The very existence of the monopoly is corrupt, it is a corruption of what most understand to be right and wrong, again it violates consent.

The monopoly of coercion requires fear and crisis, the neurotic need to control other human beings with the impulse to steer nature. Its insecurity is based upon the call for more security, even if much of it is theatrical or leads to greater dangers. In turn it provides employment, welfare reliance and a form of moral obedience. No one is responsible if everyone is irresponsible. “Just doing my job”, “following the orders” are the shields by those who either benefit from such a coercive monopoly while defending self from responsibility.

Those outliers who disagree with the need for coercion themselves seek a utopia. An unreal reality that may never exist, as some critics claim, “The Ancapistan (Anarcho-Capitalism land) exists only in their minds”. Though every ideology only exists in the mind, in practice it is never perfect or realistic. Compromise and the corruption of human self interest pollutes even the most utopian of altruistic ideals. The great crime is that coercion is required to force others to suffer even when the failure and consequences are apparent. The inability to allow choice or individual agency is the anti-moral persistence that only coercion is the way to achieving political, economic and philosophical goals.

The ideologies of coercion are ambitious with their imperialism, never satisfied to remain at a set state. Instead there is always a new expedition into individuals lives that requires force and violence. The inevitability is that the monopoly will always grow, how fast usually is determined by geography, culture and so on. Political handles in time lose any original meaning and value as they become a homogenised front to grow the monopoly, distinct priorities or moral concerns generally deciding where the intrusion goes first.

Those opposing the coercive monopoly may present the world it’s mirror so that it may see the ugly reflection of its deeds. In doing so they are told that one should understand the greater context. Sacrifices are always needed to be made. Sacrifice that rarely respects the will of the sacrificed. Perhaps a lesser of evils was chosen. Or the anti-coercive critic is simply called any one of the slurs that trend in the moment. It is radical to be opposed to the coercion while it is sane and normal to be in favour of it, even after much evidence of destruction and misery is unveiled.

From a very early age most of us learn the importance of individual responsibility and once we reach adult hood we are often told to ignore that. We learn that stealing, abuse, threats and acts of violent aggression is legitimate so long as a collective “good” is decided. We go from being children learning morality and cooperation inside of groups, to becoming a willing or reluctant possession of a collective.

Those who seek to live a life of principle and dignity are usually the outliers. They are the weirdos the hippies the nomads, the radicals. In a society of conformity where mass murder is at times the outcome of policy, it is normal to disregard victims. Instead imaginary victims are invented, the fictions that may occur should anarchy reign ensure that nothing truly free is allowed. A world decentralised and full of voluntary conduct may not be perfect, though in our lifetimes we are yet to experience it. We do know that coercive monopolies are imperfect either while also destructive and violent.

The advocates of coercion can so easily wage wars, those directly against entire regions of human beings and on abstracts such as vice and assumed intent. The real victims, those of policy and the many innocent whose lives are ended or ruined become a necessity calculated by the benefactors of such policies. A greater good always declared. In reality it’s usually far more sinister, a pride of nation, race or ambition triumphs. War is pain and destruction. Despite the anguish war employs many, rewards and becomes symbols of triumph, even a validation that such an anti-morality is virtuous.

Most can see through the veneer of claimed intention, the cynical and realists know otherwise. They merely do their job and satisfy personal needs through secure employment, benefits, status and income. The more that independent and self reliant individuals and businesses are deterred and punished, the less appealing such a life style becomes and so the many soon migrate to a life of dependence on welfare or employment reliant on the monopoly. It provides because it has eradicated all other options, this in turn leads to a self congratulation for those who imposed against others and a desperate need to survive or get by for those who otherwise would wish nothing to do with such a coercive monopoly.

Many have argued that it is a religion, though most of human endeavours take on a degree of religiosity. The coercive monopoly requires obedience to the point that a home where a family lives can be invaded without any moral reason by the monopoly so long as legal ones are sought. While the buildings that the employees of the monopoly work in becomes sacred, to trespass into those one can face severe punishment including death. In a crisis it can be decided that entire sectors, industries and livelihoods are unessential, starving and bankrupting millions. While those who rely on the coercive means and impose such an anti-morality are able to work and live, and even when not working are often paid regardless. It becomes a class divide between moral perspectives.

Generations of acceptance and reliance has steered the mind to only assume that no other possibilities can exist. The pragmatic yearn to control and guide the coercion into a better system, is a delusion that feeds the monopoly. Once the pragmatic saviours pass on, a return to the inevitable growth or more perversely, a legally steered monster that can conduct genocide may emerge. Once coercion is required law itself exists not to constrain the monopoly only to validate and empower it. It’s power also comes by seducing individuals of differing ideologies to try and control it, to make it their own.

Once one gains control of the monopoly, which is assumed to be amoral, legal morality can be defined. The very existence of the coercive monopoly is in itself an immorality that only is allowable by its own unique standards and anti-moral context. This legal morality has been and can be based on ideals that alienate and marginalise, outlawing and destroying while also creating images and depictions that may never be possible. Inventing traditions and normalising the extremes, once a society accepts that laws can be conjured into existence for some greater good and that coercion is righteous it is possible to push boundaries that were once unimaginable.

The truth of the matter is that those who advocate the coercion do not wish to confront the immorality of its nature. It’s their imperative not to do so. The need for self protection of the moral self and the retention of a fragile world based entirely on the force of violence ensures that no deeper questions are explored. The claim of love for the future generations is a lip service based in the debt to enjoy a comfortable life now, it’s a laziness and a fear to look beyond the coercive society which provides safeguards and guidelines. Liberty is a frontier, a wilderness of uncertainty. Coercion as a basis for civilisation is not moral or just, empowering and profitable it may be. Utopian is to believe that others are not our property, reality apparently is knowing that they are.

(Image- Francisco Goya’s ‘The Third of May’)