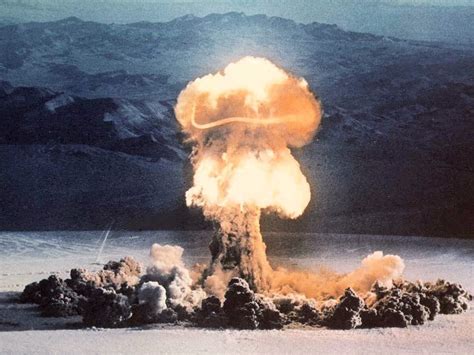 10 Reasons Why War is Actually Awesome!

A lot of hippies and bleeding hearts will tell you that war is bad, that it causes human misery and even may hurt the environment. While that all may be likely true, it actually also isn’t and here are ten reasons why.

No other genre invokes human emotion like war films, ever since early cinema we have seen epic movies that have exposed us to characters and action scenes unlike any other. Star Wars is even a war film and battles blast throughout other genres too which only helps to serve the plot and improve character motivations. Some of the best games are first person shooters where you get to take out enemy terrorists in exotic locations all over the place and in different periods of time. It’s also fun to play strategy games and imagine that you control the destinies of millions of lives. Imagine ‘Saving Private Ryan’, ‘Platoon’ or ‘American Sniper’ if they didn’t have any war bits. Or trying to play “Call of Duty’ if it was about shopping instead of killing the enemy. Exactly, boring!

2. War will make you proud

It seems that a lot of people have no sense of purpose or even sense of pride when it comes to their community and nation. Nothing like staring down an evil doer from another country to make us all feel a sense of duty and honour. War is uniting, the differences that we notice in peacetime can be washed aside by the blood of heroes when we all come together and fight a common enemy. Everyone is equal when they wear a uniform!

3. Your ancestors likely did it

War is tradition and many of us have admiration for a relative who not only served but actually fought in war. Remember how incredible it feels to know that your Grandpa most likely punched Hitler or that an uncle shot a communist terrorist in a far away jungle? You would be following in their footsteps and will be forging your own legacy for future generations. Imagine how cool it will be when your son gets to kill an enemy overseas as well, following in the family tradition!?

4. It’s really good for the economy

Everyone is so busy during war, and while we may notice shortages, curfews and a loss of services the economy booms. We can focus everything that we need into the war effort. With everyone working together and our leaders planning and making the clever decisions that will focus the economy into a winning war machine, benefits everyone. You were likely too young to recall the Great Depression but we needed World War Two to end it, that is what I was told and I am telling you that now too. It kinda feels a bit depressing now, maybe we need a good war to help end it! Plus think about how killing millions of people can help to curb inflation.

It’s not just all of those smartly dressed military people who get jobs from war but every other sector of society needs workers too. Defence contractors, corporations and public servants all get a lick of the ice cream, in fact they get tubs of it. To train soldiers, ship them, feed them, arm them and house them all requires armies of others to do these things not to mention the research, modifications and medical aspects of war where we have so much equipment and human beings to repair, improve and return to the battlefield. There may be shortages in other areas but not with jobs, so long as there is war there will be job security for you and your family. When General President Eisenhower praised the Military Industrial Complex in his speech he was not just talking about the military but how the entire nation profits.

War doesn’t just require guns and missiles it also leads to innovations in lots of other areas, in fact your mobile phone likely uses software that was made to navigate and help kill the enemy. In peacetime we generally have pretty selfish needs so industry and inventors are less motivated to come up with neat stuff. War and the potential ruination of nation plus the perks of working for a war time government pays these clever people well so that they can tinker and conjure up all sorts of things that helps the military. Eventually the cool gadgets gets into our hands as well. Without war there pretty much would not be technology, just saying.

7. It is really interesting to read about

Have you ever picked up a history book or even a biography and the really fun bits are the battles and learning about tanks and jets? That is because you are normal and healthy, war is fascinating it provides so many intriguing facts and moments where courage and strategy wins the day. It gives us heroes and cool information to learn about, we can then discuss these facts with our friends arguing over what the best tank of World War Two was. Clearly it was the T-34, JK the M4 Sherman. OK, the TOG II was the coolest. It also lets us debate which generals were the best and made the right decisions. It’s also why wartime political leaders are kinda the only interesting ones to read about.

8. Modern Medicine wouldn’t exist if not for war

Chances are if not for wars and the medical breakthroughs that came about because of them you would likely be dead right now. Modern medicine and surgery has benefited immensely from war, it has taught doctors and scientists to deal with all kinds of disease and injury. In fact if we had more war, we probably would never get sick. Being sick prevents our ability to fight and resist the enemy and takes up precious resources, so it’s after all in the best interest of our leaders to keep us healthy. Plus war minded scientists can invent all kinds of viruses that they then can also help cure should they ever leak from a lab. An apple a day keeps the doctor away, but maybe if up throw a grenade a day it keeps the undertaker away!

Have you ever thought about travelling the world? But you can’t afford to due to inflation or maybe travel restrictions are in place or even regulations have just made it too hard to access much of the world? Well war will take you all over the planet. You can go to exotic locations or even those more mundane in your own national boundaries, not only that but you will get to meet people from all over the world. When you pretty much have a tendency to go to war with most of the planet you are going to come into contact with friends and foes from everywhere. The military can be your new family and with a world war, the entire world will be your community. Military tourism is the best kind of travel, you don’t have to pay and you even get paid to travel. Isn’t that nice?

When all of our enemies are dead, we will be safer. A strong us will make those who oppose our nation and friends weaker and less likely to try anything. And even if they do not try something sanctions and proxy wars will hopefully provoke them into desperation, then that is when we get them into the war with us. War also provides the police with military grade equipment, extra powers and can often fill their ranks with returned combat experienced veterans. War also helps keep an eye on criminals and baddies, it will improve surveillance and enhance laws at home to make it easier for the authorities to punish anyone different or suspicious. Plus with censorship in place our leaders will determine what is moral and allowable which in turn will lead to a safer and cleaner society. If you fear everyone that the government tells you to, then you will never be caught by surprise. Safety is always better than freedom.

See, war is not that bad. You may even like it, you never know until you find out. So lets do the right thing and find out together.