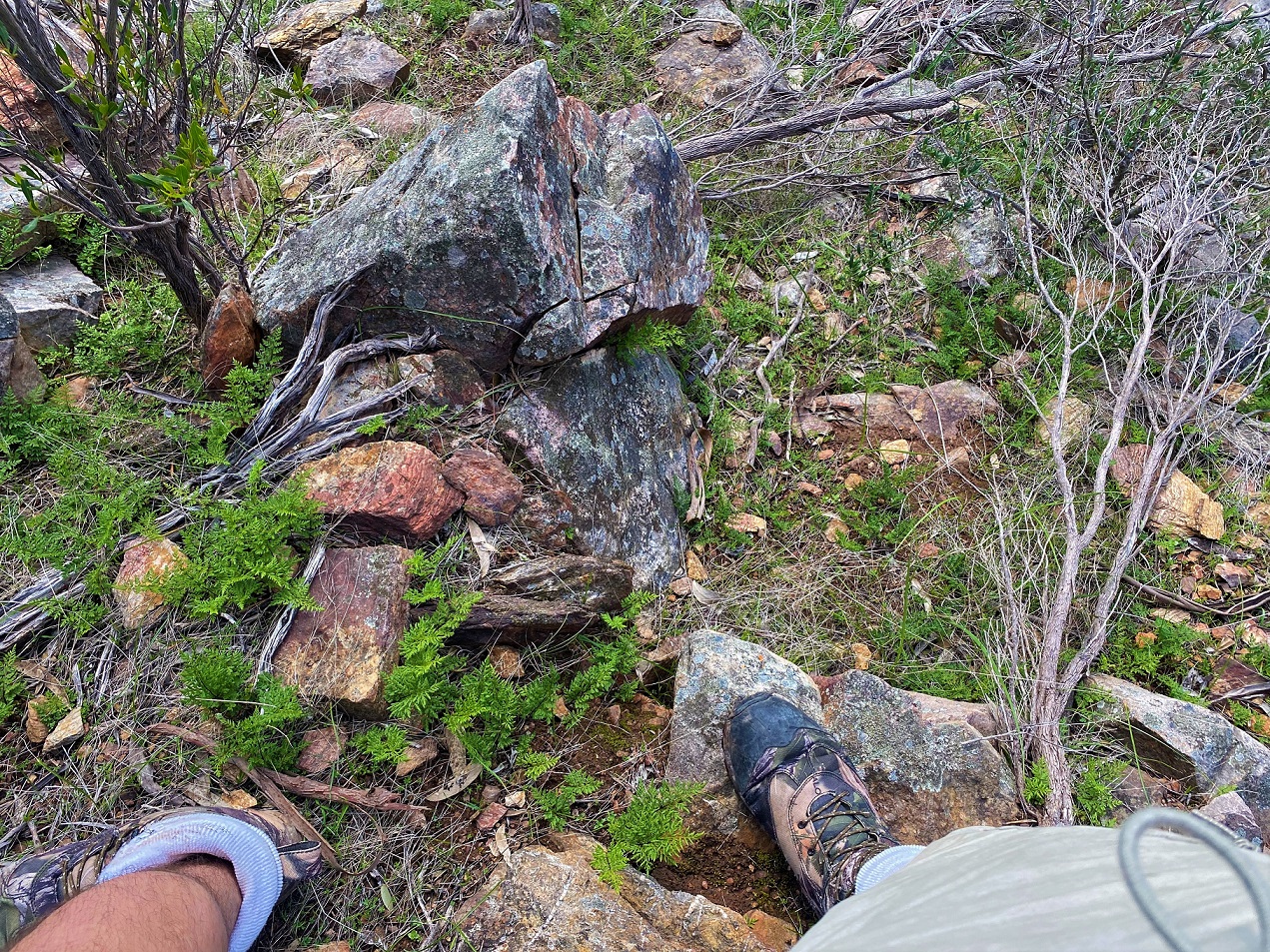 Awareness and conversation about liberty is flourishing, some of it a little more focused on particular messaging than others. Though most are fixated on the United States, whether as a criticism of the empire and the wars or a romantic aspiration of converting the nation into a republic of virtue. All nations hold dear a certain mythology that generates pride and loyalty. The bias for the local and familiar that can stir pride and inspiration. Such a bias is also a crucial ingredient for imperialism or any of the other nasty “isms”.

With the current change of power inside the US Libertarian Party, much of liberty media is focused on the infighting and new direction that the party should take. But is the US Libertarian Party the avatar for liberty? And in a world where many of the leading liberty representation has contributors from all over the world, is a US focus misguided and archaic? Is the belief that the US populace and government itself will be born again and give up the exceptionalism and hubris that has defined its history? A history that has led to the biggest government ever.

There are enough people on this planet who believe in individual liberty to make change and a difference. The trouble is that they are scattered with many not believing in the traditional, usually violent means of rule and social controls of revolution or government. Those who believe in the rights of individuals lead their lives in a variety of manners, many do not have social media accounts or have not read Hoppe, Rothbard or Mises. To them liberty is an instinct, one does not need to read a book to understand that human beings are not property and one does not need a God to justify this belief. At times the liberty movement seems constrained by traditions that are being created in the moment.

Perhaps the ‘movement’ is trying the same old methods out of habit though such tradition methods seem to be effective, for statism. Though what comes next? Even if the US Libertarian Party wins an election, gets a president and cabinet in office, the reality is going to be sobering. At best imagine an atheist being elected Pope. The Church will remain along with its dogmas and exceptionalism. The reforms likely will be token at best and compromise, always compromise will forever be reached. Every president that has ever spoken with the tongue of liberty from Jefferson to Reagan always ends up growing the government and removing freedom from the individual. Men lie with words but tell the truth with deed, especially the politically motivated.

Is it the corruption of the office itself or is it just how human beings evolve once they have the legitimacy of political power and the might of legal government around them? It takes a certain person to believe that they have the answers and solutions for millions of strangers, to believe that a powerful institution can control and steer so many lives and cultivate a world for a collective good. Those who usually ascend to such a position are not pro- liberty or for individual rights, they tend to be collectivist in nature. It is after all a statist mindset to believe in the virtue of government, to have the wisdom of gods that can centrally plan human lives and destiny with omnipotent command.

When the Left was radically beyond borders

The left in its early days, held an internationalist universalism. The belief that justice and egalitarian rights should be spread far and wide was a scourge to all governments and institutions of power. In an era when few were talking about human bondage, colonialism, suffrage and indentured workers it was those with an internationalist leftist ideology that spoke up and fought for the downtrodden. Unfortunately the revolutionaries often became terrorists with murder and violence as their blunt means, often indiscriminate though the cause was their justification. So goes the excuse of many political murderers. When the radicals seized power, the revolutionary spirit and internationalism mutated into pragmatism of the nationalists and imperialist.

The curse of liberty is that those who live it and care about individual rights do not seek power, do not have a God delusion and trust in the wisdom of free markets and human cooperation. The ability to interact and develop relationships free of coercion is something that we understand to be healthy, normal even. The impulse to steer ones income, what they read, say, consume and so on becomes an important aspect of rule. Even for those who were once radical champions of such freedoms. From within the spectrum of liberty some of those who claim to champion individual rights cling to a puritan moralism and disdain for certain livestyles. It is this disdain that will define their rule. Not their claims to adore liberty.

When it comes to voluntary sexual interactions outsiders wish to control what is allowed, often claiming to do so with a form of moral paternalism, that degeneracy is infectious or that children will be harmed. The government to be wielded by those of certain ideologies and religious inclinations. Right now certain moralities have found themselves in the liberty movement, proclaiming anyone with a libertine pen or who is a sex worker is a degenerate, those defined as LGTB may be a ‘groomer’ and that pornography is destroying society. Around every corner is a paedophile, it is another Satanic panic unfolding on our very screens. One does not need to agree or seek to partake in such a lifestyle, it is the obsession with condemning and denigrating individuals who who partake in this behaviour that is concerning.

Liberty is diverse. Our understandings of it is individually unique and those who seek and live it often wish to not only to be left alone but to leave others alone. Liberty as a philosophically concept is romantic. That does not mean that husbands won’t beat wives, neighbours will not quarrel, con artists will not thrive and that rape will not occur. The difference will be that the monopoly of coercive government will be either decentralised or non-existent. It is not a utopia, just as it is not a dystopia. It will be different. We see it in the freest parts of our lives already.

The present belief that big government or that tyranny is only something found in the left or has SJW tendencies is contemporary and disregards much of history. It also ignores the reactionary nature of both the left and SJWs to issues and traits that have occurred or may be common place. That does not justify the SJW methods and culture just as it does not legitimise the left wing history of genocide and centrally planned monstrosities. The ugly nature of the SJW culture and left also do not suddenly absolve conservatism or right wing politics. Such is the trouble of collectivist ideologies and statism itself, it creates caricatures, propagates slurs and seeks power at the expense of individual rights and humanity.

Liberty Beyond Borders is Feral

The liberty moment is here, it may grow and flourish more in the future. Though it is something that needs sunlight and feral waters to thrive, the stale screens of social media and pits of partisan politics will not spread liberty. It will only taint the word, much as how ‘liberal’ or even ‘libertarian’ have become compromised terms thanks to politics. The idea that by making alliances with the right wing or that ‘dumbing down’ the message to gain votes is needed is another reason why party politics is dangerous. Just as the belief that every Republican or conservative has a liberty spirit beneath the surface is a self defeating delusion.

Nationalism is an extreme form of chauvinism, it is the belief that citizenship or a passport entitles one to certain rights above or beneath another. That somehow the government of a persons land has dominion over that individual and that they are culpable or responsible for any policy. Except when it is closer to home because then we can distinguish between the government and individual. It is further fuelled by the belief that the foreign is evil, corrupting and will destroy society while the local is pure and sacred. It is a bias that is hard to kick and a major point of difference between individuals in the liberty movement. The seduction of nation and patriotism seems for some to be more powerful than the principles of liberty and individual rights. This is the compromise that empowers politicians who slurs the foreign and collectivises individuals, it is the fear mongering that snuffs liberty and grows government.

This piece is more critical than it is a singular solution. How does one heard cats? And how do you accomplish that when they are not only spread all over a continent but the world itself. Just individuals from different parts of the world are not on social media discussing liberty philosophy does not mean that they do not exist. To assume that liberty only exists through the prism of social media interactions is not only limiting but also denies perspective and comprehension that liberty is not just what you and yours think it should be. Sometimes we may have more in common with a stranger from another part of the world through the screen than the neighbour over the fence and we may also have a lot in common with a person speaking another language beyond the screen. In an age where the word inclusive has become a meme, perhaps the liberty movement should be inclusive to people the world over and not just from a certain demographic.