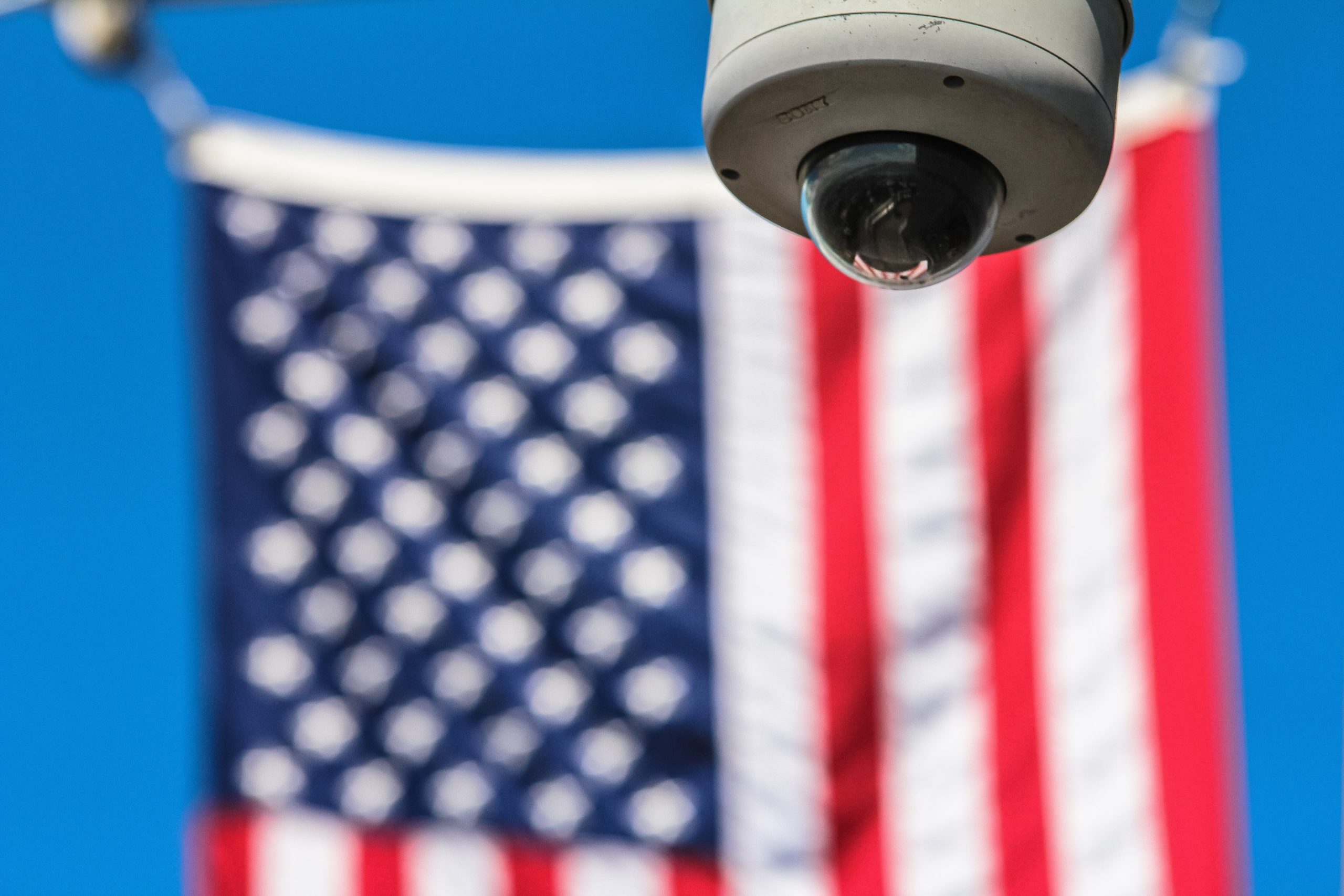 In his 1964 book The Naked Society, Vance Packard challenged the ever increasing loss of privacy as technology and large institutions began wide spread surveillance that today has become acceptable. At the time, computer power, hidden cameras, and concealed microphones were crude gadgets compared to the technology currently in use. The intrusion into a person’s life then was nothing compared to what is acceptable today. With each generation we become comfortable and more obliging to the fact that we no longer are allowed privacy. We have all been stripped naked.

A subcommittee in the U.S. Congress to study the invasion of privacy was created due to the publishing of The Naked Society and its reception. One of the criticisms raised by Packard was the use of consumer information by corporations and the government to specifically target individuals. The concern was that data being collected would be used and then taken advantage of for self-serving and nefarious purposes. The use of computers to store such information was novel but such data would be permanently retained.

The ability to spy on individuals and to control what information they receive is the theme of most dystopian fictions. It’s also the reality in all tyrannies.  When one lives inside the bubble of a society that strips the individual bare and exposes them to prying eyes, it’s often claimed to be beneficial, as an act of benevolence. It is understood to be a necessity whether for security, safety, or health as part of a greater plan to control and protect us all from not only ourselves but the ills of the world. In the case of private actors the information can be used to enhance our shopping experiences or promote our preferences, trapping us in a spiral of self-consumption which in turn can diminish variety and hinder exploration.

The world was a different place in 1964, though many of the policies and events that occurred then still influence us all today. A cold war again has partitioned the planet as it had done previously and as such it has justified governments to manage and monitor individual’s lives accordingly. With the information released by Edward Snowden and in the Vault 7 leaks, U.S. citizens and those effected by their government are subject to surveillance and techno-controls that would have been in the past considered fantastic or Soviet.

For every argument made in defense of privacy, one will encounter scores of those challenging it, concerned about the need to protect children from predators to the frightful spectre of terrorism. The argumentation often goes that only those doing something evil would want privacy from the government, that encrypted software is a tool of criminals, and clandestine interactions are the domain of spies. Each time the call for privacy is raised it is for those who wish to remain private to defend their rights. But human decency and dignity have no place in a world of collectivist rationales.

In the coming years, with the improvement to “Artificial Intelligence,” cloud based storage, and drones, the world will become far more naked and exposed to predatory incursions. Most of us exist in a digital realm that is already an open place for anyone with the right skills and software to break open. Next it will be the flesh and blood planet that will become subject to greater penetration. Drones and blimps that may hover above with listening and visual equipment along with the ability to tap into smart devices and vehicles can help co-ordinate a complete picture of our lives to those who rule.

The Gorgon Stare has already given the state a powerful tool in its ability to co-ordinate mass surveillance. The future will only bring technologies that will improve such a platform. The eye in the sky of having an aircraft fly above an area, gazing down and then co-coordinating with other surveillance technology paints a picture of a world that few of us will see; we are on the other side of the stare. As impressive as such technology is, it has not limited the deaths of innocent civilians when suspects have been targeted for execution and it has not made any of us safer. It has only given the operators of such technology the ability to terrorize and spy.

More impressive still is the comfort that the wider public has with such mass surveillance. Every revelation from a whistleblower or admission from the authorities themselves we are told of a world where we have no more clothes, roofs, or curtain. A good majority of the populace ignores the warnings and leans into the belief that authority is competent and mostly benevolent, that only the bad need to fear being exposed. On the other hand many remain apathetic. Though participating in the rituals of liberal democracy they understand that they are powerless to effect change; all we can do is accept what our masters impose up on us.

An added concern with such technology is the perfection of what is known as “deep fakes,” where an image of an individual can be transposed onto another making it appear that they are doing something that it is not them. So far the technology has mostly been used for pornography and for entertainment purposes though the potential exists to create an entirely false life of an individual to impress upon third parties that they are guilty of a crime or deed. This can in turn be used to convict or blackmail that individual or assassinate them. If you marry that to the improvements in computer generated imagery, entire worlds and scenes can be created that will deceive and convict individuals or groups.

The ability to spy on everyone, then to manipulate the images and sound of what has been collected, can influence elections and discredit people in the public eye. It’s not above certain state agencies to do this. In the past modified photos have been used to taint the credibility of individuals. The CIA and KGB both used sex tapes to bribe and blackmail influential individuals, including political leaders. In the case of Indonesian President Sukarno, when the KGB filmed him having sex with a group of young “flight attendant” honey pots, instead of successfully blackmailing him, the president flaunted his sexual prowess. (Not all cultures are as prudish as others.) The FBI tried to blackmail Martin Luther King Jr with similar sex tapes, even sending him a suicide note that they had composed in an attempt to scare the civil rights leader. In the future a government would not need any real evidence. No “piss tape” needs to exist when it can be generated. And with the ability to hack into modern cars, individuals need not commit suicide, but merely have a “crash.”

The Israeli-developed intrusion spyware Pegasus gives the user access into the victim’s mobile phone or device and the capability of reading messages, location tracking, collecting passwords, and tracking calls. It is another weapon being wielded by the state against privacy. Despite claims that it exists to catch terrorists, the spyware has been used against human rights activists, journalists, and political leaders.

The potential of such spyware is that an individual’s digital personality can be changed, not to mention it can be used to destroy relationships or entrap individuals. Falsified messages and posts can be made that the devices owner otherwise would not send which in turn could discredit them or increase their chances for criminal prosecution. Instagram accounts have been hacked by criminals who make money by selling crypto scams to the account’s followers or to sell the account back to its rightful owner. Relatively benign occurrences compared to the potential dangers that lurk, especially given how much importance is now placed on an individual’s or organisation’s social media presence.

Privacy is sacred. It is our right to remain discreet. It should not be a cause for policy or conversation to justify why a husband can’t have personal exchanges with his wife or why individuals in a business should not be allowed to communicate with one another regarding company policy. To assume that millions of individuals need to be monitored in the hopes of spying on a handful is a horrible miscarriage of every value that supposedly free societies claim to cherish. Despite many laws in place to protect individuals, crises and emergencies often overrule them and, regardless of such exceptional circumstances, the government will regardless despite having no legal grounds to do so.

The warnings raised by Packard and others have been noted though mostly ignored.Technology makes us comfortable. We are, for a lack of a better term, addicted. One of the dangers of this addiction is that we have no privacy. We are exposed to whoever may be prying into our world.The potential good that technology offers is nearly always offset by the dangers that the most evil would utilize it for.Though we are slowly becoming more accepting that we are being observed, we are not all exhibitionists yet. Dumb phone sales are on the increase, encrypted messaging services are in wide usage, and social media is losing the glow that it once had.While the emperor may have new clothes, so do we.We don’t have to remain naked before the perverted eyes of the state and nefarious actors, and we don’t have to keep flashing them either.