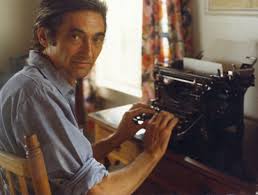 The Bomb is a combination of older essays written by Howard Zinn which looks at the morality of the mass aerial bombings of civilian dense targets. Zinn was himself a bombardier during World War Two and spent most of his Post War life as a strong anti-war voice, both as historian and activist.  Inside this brief book, he cites as his main examples of the bloody futility of aerial bombing as being the destruction of Hiroshima and the pointless devastation of the French City of Royan both in 1945.

Zinn confronts the confused logic that a great many hold dear which states that nationality or birth determines whether one is guilty in war. And thus a credible target to be executed, so long as it is done under certain conditions. Those conditions being, for example, the bombing of a city which will kill thousands instantly in such a frightening manner, this is somehow considered ‘just’ whereas the specific gassing of other citizens is unjust. Or that bayoneting a baby is immoral whereas dropping napalm on many children from high above is a necessity of warfare.

Ultimately, however, it is the victor who determines what is right and wrong as those vanquished are condemned to history, to stand judgment for all the ills of conflict. Zinn, however, uses quotations from both those critical of such conduct as well as the condemning sociopathic boasts from those in favor of such brutality. Zinn in his brief book condemns all the war makers, both victor and vanquished as both are responsible for the deaths of millions.  Yet, the victors never face justice for their conduct and instead glorify it.

Zinn puts on paper in so many words a sincere and eyewitness condemnation (his experiences from when he served in the USAAC 8th Air Force based in the UK during the War) of the bombings of citizens. Whether this happens to be with a fleet of bombers, a single nuclear device or as has been used in more recent times with an apparent ‘smart’ weapon system. He questions and blasts those who so would elect to indiscriminately destroy property and life, simply because it is deemed important to the ‘war effort’.

The legitimacy of just how effective such aerial bombings are as far as strategic effectiveness goes is also addressed. The strategic validity of such mass murder is often the sole crux to the mass killers…bombers arguments. The calculations made by politicians and military strategists to justify the destruction of so much private property and savage slaughter of millions is sinister and yet despite the claims empirically it is flawed.

Did murdering millions of civilians in East Asia during both the Korean and Vietnam wars bring victory to the allies? Has the constant bombardment with cruise missiles, aircraft and drones stabilized the Middle East and defeated the insurgencies? Will it ever?  Or is it simply the mechanical genocide of other human beings done with gloves on and from afar?

Zinn’s book asks such questions in so few pages because of this it is a very quick read. Too quick in fact as you wish to read more of what Zinn has to say. Not because he lacks depth in his argument, but because he is a talented writer and man who gets to the point with polite savagery. And because unfortunately, this is a subject of tremendous magnitude and consequence, it is one that should be simply seen as right and wrong.  Yet, many are educated to know better, to know that murdering innocent civilians is allowable so long as ‘we’ do it. Zinn disagrees. So should all of us.

I suggest this book to be read for any one who considers themselves an intelligent person. I say this because obedient considerations on such historical events are so well-entrenched with many. And thoughts on such events as the bombings of Hamburg, Dresden or Nagasaki by the ‘good guys’ are of paramount importance for individuals to consider.

Many grow up with the assumption that the ‘Hun’ or ‘Jap’ were no good killers, who deserved a fiery death and it is precisely because of this crude outlook that we now find ourselves fighting in so many unwinnable conflicts against concepts or caricatures. All the while real human beings die and suffer. If you hold a simplistic absolute world view that ‘goodies’ and ‘baddies’ are simply black and white, a view so determined by what National Government is in control, then you are ultimately on a path to condoning the death of so many innocents past, present, and those yet to be born.