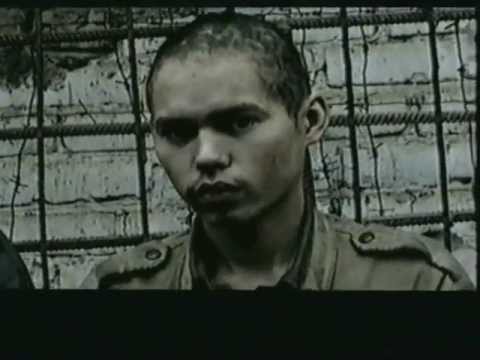 The Betrayed is about a group of Russian mother’s searching for their sons. Conscripted Russian boys press ganged to fight in the Russian invasion of Chechnya 1994. That is the plot of the 1995 documentary filmed at the height of the Russian war on Chechnya.

It is a tragic documentary. I first watched it at 15, at the time I was fascinated by the violence. I recorded it from the television and even edited my own version showing just the battle scenes that were soundscaped by gaudy Russian pop music.  It was exciting to watch for me, the wars in the former Yugoslavia and Soviet Empire were modern and showcased differing eras of weaponry. It was a different version of warfare that I had yet to consume.

The violence was somehow dirtier to the footage I had seen in Somalia and Iraq where ultra-modern US and allied forces seemingly dominated and decimated their enemies. Even in defeat inside Somalia their seemed a techno-supremacy at work on the American behalf. An established narrative which would only be ensured by Ridley Scott a handful of years later.   Whereas in Chechnya the Russians seemed gritty and often more vulnerable.  It was new information for my eyes and ears to gorge upon, a different pornography to arouse.

The story of the mothers and their lost sons was almost lost at first beneath the chatter of AKs and the singing Russians.  Then weeks would pass before I began to think about the story, the tragedy.  This was happening now. It was not another war film; Charlie Sheen was not narrating from inside the make-believe jungles of Vietnam. This was the youth of Russia dying in a war that most of them did not understand.  Barely a decade after the ill-fated Soviet invasion of Afghanistan, a new generation of Federal troops were being fed as fodder into the gullet of chaos.

Many of them were younger than me at the time. I was an army cadet, destined to enlist after school. Unlike these doomed Russian boys, I was playing sanctioned dress ups in Australia’s Vietnam era uniforms.  My all green well-worn costume was different to those that stuck to the CIS troops.  Their reality was drastically different to mine, I had fun. They had grim death to deal with.

The Russian war in Chechnya was one of terrifying consequences, it was an ugly showcase of mismanaged resources thrown into a region that had traditionally resisted aggression. The Chechen’s were determined and with the assistance of foreign fighters, nationalistic and religiously dogged.  Many of the foreign volunteers had fought the Soviets and would go on to fight the Americans now sought a jihad.  The Russians seemed obliging.

The documentary follows the journey of Colonel Kosov a Russian liaison officer who acts as an agent for many of the mothers.  He follows the trail of carnage, crosses the Chechen countryside and does his best to find many of the boys. Their bodies at least. It is a cynical investigation as dead civilians and soldiers feed the mud and carrion with equal putridness. The backdrop to the Colonels mission is the landscape and battlefields, one goes on a journey of mundane duty to the violence of battle.

Determined in his task, Kosov encounters his former comrades along the way, Russian and Chechen. His conversations with each as well as others he encounters is pure and exposes a reality that is seldom seen in more recent documentaries. The conversations are intimate and futile.  In the end it shows just a man asking questions with few answers.  The film allows the viewer to witness negotiations between the two sides, the interactions are seemingly low key and though the men are high ranking from both sides, their interactions are modest as they discuss affairs relating to thousands of others.

Though the war was fresh at the time of the films making it shows a set in reality.  The grimness could only be equalled by Sam Peckinpah, except this is not fiction and James Coburn is not our jaded protagonist.  These are real human beings lost inside the miserable sea of warfare. All the while the documentary goes back to teary mothers, their grim faces glued to film of Russian boy soldiers being held in captivity. The relief and fear for their children is universally human. Others do not see their sons.

The Betrayed is not light viewing, even if at a time it excited my young mind.  It is heavy and so it should be.  The most horrible aspect of the film is that even though it is decades old, it is as relevant today as it was then.  The mothers and their sons may be different, but the fates of many others are not. The wars will go on, so will the death.

The full documentary is available here