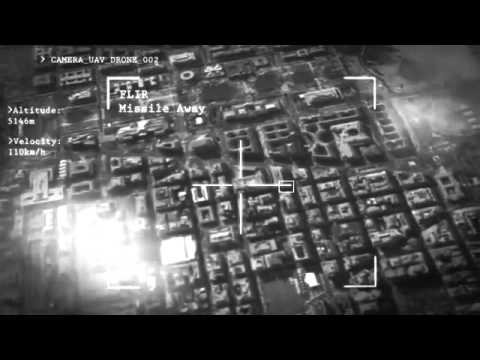 “I love you Daddy” she held his hand firmly, he kissed her cheek before he let her go.  As he left the house he took a moment to compose his uniform.

The drive was not long, he traveled for over thirty minutes to the base. Once inside he received his briefing and joked with his uniformed familiars, his other family.

Behind the screen his expression dimmed as his face became illuminated, on the other side of the glass was another world. Thousands of miles away, he watched it and controlled a piece of it with the movement of his hands.

The hours passed, boredom and routine.  The waiting and tedium was harrowing despite any present fears.   Voices murmured around him as others crackled into his head set, he spoke back dull and professionally.

He looked to the photo of his family that rested alongside the screen, the only glimmer of personality in an otherwise sterile techno hub. Their smiling faces stared at him from a place and past that seemed a world away.

Though he still such a short drive and would see them again in the morning, right now in this moment as he sat at watching the monitor he was beyond their reach.

Beyond the screen, the cameras attached to the Predator drone showed a keyhole into the other side of the Earth. The mighty bird of prey though not cloaked, was hard to see and despite the hum of its engines it was seldom heard.

Far below the Predator a village lazed in the sun, unaware its inhabitants lived as they had for generations.  He could see their motion on his screen. New information came rushing into his ears and eyes.

The voices in his headset invaded his mind, he could engage.  Behind him his uniformed familiars clamoured around, excited to see the unfolding spectacle. The boredom washed away, his stomach swirled with elation.

He pulled the trigger, twice.

Two fast moving missiles guided in their paths, soon found the village, consuming all that was inside their fiery grasp.  He could see the destruction from his screen.  Once the smoke cleared he could see the rubble and bodies strewn apart. Some writhed while others lay limp.

His shoulders pushed forward from the thumping pats, jeering applause celebrated the strike.  He smiled emptily as he looked to the photo of his family.  He had done his job, for them.

On the other side of the screen, far away on the ground, among the debris as flames walked and the survivors stumbled in anguish. A child squirmed from among the ruins, holding her small hand lay a man.

“I love you daddy” she cried as his bloody broken fingers slowly let her go.