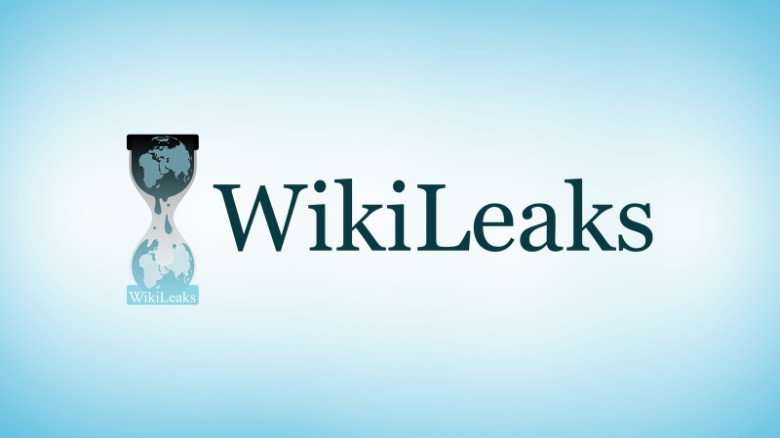 Wikileak this …”Truth is bad”

Originally written and published in December 2010

The mob screams as they chase this evil Witch across the world hounding for his blood and for him to be brought to justice.

Whatever his label, Julian Assange is a wanted man, by ‘free’ nations as well as those nations which are less known for their liberal society. The real thing that WikiLeaks founder has done is given the world another peek into the dark and shadowy workings of supposed ‘good guy’ countries like the United States, but was any of that a real secret anyhow?

Most people are aware that behind the flag waving, apple pies and consumerism that helps to sell the American Dream, a very real and deadly play goes on hourly to keep certain powers that be in positions of dominance as well as to secure the American ‘way of life’ across the globe. The fact that this information comes as a shock to many people is in itself disturbing, anyone with a minor sense of real history should be aware of how the world works. Whether for a ‘good guy’ super power like the United States or for a ‘bad guy’ Empire like the Russian Federation. Bad things are done to justify the greater good. And so it has been with Wikileaks that many are starting to come to this realisation…again.

Whenever you illuminate something with some light you will get to see what lurks within the darkness. Now it seems that we are getting ourselves quite the shadow dance, we cannot see all of the shadows, but we can see them chasing after Assange and anyone else who could potentially illuminate their secret little power plays that make this world spin the way it does. Outside the respectful West trembles, the shaky tyrannies of it’s client nations who with many revelations their corruption and unpatriotic promises have become known and with social media many of the impoverished inside of these mostly poor nations will find with honest exposure the dirty blankets of their rulers.

We are told that leaking any or some of this information is a national security risk, that ‘lives will be lost’ and that ‘our enemies’ will use this information against us. Those people in power do not like anyone knowing any dirty little secrets which do not serve their agenda. These politicians who crave positive media attention blush awkwardly when the pie is on their face and our enemies tend to know what we are really like because for the most part this has helped to ferment their hate for ‘us’. The enemies, the real bad guys tend to know with better detail than what any WikiLeaks document reveals.

The idea that we are good guys in a perpetual struggle with evil is something most people should have shed from their mindsets when they stopped believing in Santa Claus and the Tooth Fairy, but it is with beliefs like this that many people sleep so well at night. To do most of the things that Western governments do internationally and even domestically, you will find that someone in our name will get their hands either very bloody or very dirty. Whether this can be morally justified is another issue but the fact that it gets done is not a matter for general ignorance. An ignorance that can only be a choice, especially now.

Ignorance is in many ways a poor form of arrogance. Arrogance is what those who hound Wikileaks possess and ignorance is for the most part what we dearly cling to as we watch the dance go on before us. The real issue is that all of this is about us. We are the ones that pay those whose secrets are being shared to work, protect and to serve us. Now… how do we know what we are honestly paying for unless we get some disclosure. And by disclosure I do not mean official press releases and giggling sound bytes as one politician kisses another baby while holding hands with his ‘political rival’, what I mean is honest and embarrassing transparency that we deserve to see. The pretend success of most Western governance is in the apparent transparency of its government and political workings. The media is often described as being the fifth estate, has it been? Was it ever? Is it now?

Paparazzi and tabloids thrive with weekly updates on celebrities giving us uncompromising photos, very personal ordeals and embarrassing hiccups at the expense of these modern day jesters and performers. Yet we accept this as part of the trade-off for their celebrity. We assume because we buy their albums, watch their movies or listen to their opinions that we can pry into their lives via some media proxy. Because someone entertains us most feel that they have a right to see up their skirt or view stolen sex footage as they indulge in what should be intimate moments. Yet when the same prying or slips happen within the institutions of Government, we are told that this is an act of espionage. Even if the information happens to be almost as tabloid or gossip worthy as that shared about celebrities. The release of footage of murdered journalists or information on corrupt pay off’s is none of our business but a singer’s genitals clearly is.  Do you not sense a double standard here?

Claiming someone is a terrorist because they have published sensitive information, detracts from the very horrors of real Terror. How can you accuse a man, who for whatever reason, has uploaded information shared with him from whatever source as being as bad as someone that would strap high explosives to a school bus in order to get a political or theological point across. I think to use the term terrorist in order to condemn such a man is disgusting and disrespects the victims of terrorist acts and those who have lost their lives in fighting such a thing. But to most politicians and spin doctors loss and sacrifice is something suffered by others and not themselves. To call a Bradley Manning, the famous leaker of most of the present documents of notoriety, a traitor is of interest. Whistleblowing is never a cherished task when it involves the State, especially one conducting itself with such widespread misery.

The secrets leaked are far from being any real key national security issues contrary to the hype and banter thrown around in condemnation of Assange. No Manhattan Project secrets will or have been leaked. Everything has been an embarrassment to political elites that seem more interested in how well their token sound bites come out and what is the best spin to deliver to the majority. It is the nature of the embarrassment but most of all the ugly expose of those who truly believe that they rule the World are above the rest of us.

Do nations like Australia or the United States not claim to be champions of liberty? Do we not hold dear the notion that people have the right to say what they wish free of censorship? I suppose when you are forever fighting a war on ‘Terror’ and you maintain a higher sense of civil command then you can disband such notions of liberty and claim that it is for our common security. Liberty and Freedom of speech are typically slogans used by the political masters of such nations, never the living philosophy.

What Wikileaks has done in releasing this information is it has shown us just some of what is said and done in our names and with our tax dollars. What it has also done is illustrate to us what could or would happen should we step off the tracks and upset the political power base that controls our nation. In a liberal democracy the power is supposed to be with the people, the more information we as individuals and as a community have on all things, then the better we can make judgement calls on those that apparently serve us and on greater issues however relevant or irrelevant that they may be for us. The word terrorist is overused and dangerously over played by members of the media and politics. It is a word that should be reserved for an actual act of terror against the innocent. It is not a label that should be thrown at someone, or something because it goes against the grain of the conventions of the times.

Perhaps Assange will be tried as a spy and he will be condemned to this by our Governments. Would he be no different to someone that criticised the nations conduct of war under the Wilsonian espionage act of 1917, where simply disagreeing with the Government could land you in prison! Certainly, the conduct of a free nation. I suppose with a ‘war’ going on, that our lips should be sealed so as to stop ‘our enemies’ from taking advantage of any and all information. And seeing as this war is against a concept and notion it is an indefinite and unwinnable war. So, in the meantime we shall have to mind our words and continue to lose freedom and liberty so as to make sure we fight, the good fight against our ‘enemies’.

I do not claim Assange belongs in the halls of liberal martyrdom but I do not cling to the idea that he is a terrorist for founding WikiLeaks and should be brought to justice for sharing information gained through whatever means. Though I must ask, in the end, when liberty and freedom have been stripped down to the bones… what makes us any different to our enemies? When we have become much like them in order to defeat them. Have the terrorists not won when our freedom no longer exists?

In this witch hunt we must ask… how can a non US citizen be charged with espionage or likely conspiracy for information published that he received from various sources. Perhaps because Australia is a part of the ‘Coalition of the Willing’ in this ‘war’ that our alliance sees all citizens subject to US law… when it suits them. Australia has often been obedient to its imperial mothers. I suppose when Australia has no bill of rights, or protection of the individual against the state or other states, that our own Australian Government will find Assange and Wikileaks guilty of treason or espionage. Though wasn’t our PM guilty of such an act of ‘treason’ not that long ago?

Do not become part of the mob, be an individual and look into every source with your own eyes and mind and listen to your own reason and compassion on ALL matters free of the official spin. And we shall see just how important information the tyrannies of this world is should lose grip of the speaker phone, when the people are exposed to all of their evils, then we shall see revolution in the streets. If you have nothing to hide, then why fear transparency?

No information is evil. Acts are evil.