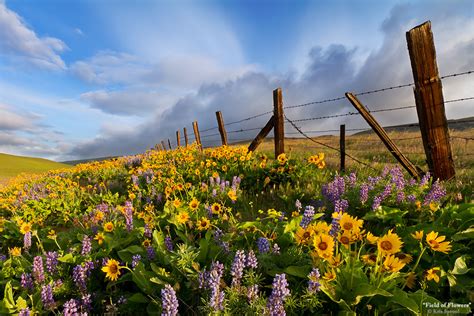 The sun was bright, clear of any clouds it was embraced by a blue sky. In the distance patches of fields green and vibrant with life. It remained cold. The birds had been scared from the skies, those the lurked hugged the ground not from fright but because it was near to their endless feast.  Death was their life. They devoured the rotting flesh and putrid remnants of civilised conduct. Nature reclaimed with perfect efficiency what humanity only knew how to waste. The quiet wash of wind was brief and when it visited it was eerie.

A young girl lifted her head from a familiar hole in the ground, her yellow dress stained with dirt behind her lay tired parents. One lame from wounds the other lost inside their own mind. The girl, six, crawled across the sandbags and piles of Earth that broke up the surroundings of a once bland suburban home. She barely recalled a time before. Her parents no longer talked about then or even the promise of an after. The young girl picked up her favourite stick, she no longer pretended it to be a rifle. She had found herself a real one. Instead she used it to prod and probe the unknown. Every day the world behind her hole churned into a different feature.

Today was a good day, the dark skies of daytime had not occurred for the past week.  She could breathe without her nostrils burning and could even hear the birds over the silence in between the screaming distant roars.  With a beaming smile she could explore, escape the confinement of her home. A burrow of dirt deep inside the ground, stale and rancid with cowardly odours that lingered.  Outside the smells often changed, today for the first time it smelt clean.

The distant thunder that shook the ground endlessly had stopped, great holes sank deep into the dirt and bitumen, smoke and water ran free from any organised containment. The frozen corpses mangled and twisted stared at her in their rotting form, the wind was strong enough to blow the stench away from her. Carefully she picked through the tangled metal of busses and cars, avoiding the decay of the military machines.  Slowly she lowered herself into the hulk of a car, part of it was pink. She had explored it in the past, the colours of burned metal, the melted plastics as they connected to the faded paint finish interested her. Two realities merging. To her it was pretty.

A buzzing above caused the young girl to crawl deep inside the car. She waited for it to disappear. She did not understand what it really was only that if it saw her it likely would blow her up. She had witnessed such buzzing killers in the past.  Her dad had told her that they looked like insects, but nastier. Once the buzz had whispered away, she climbed from the metal skeleton and clicked her stick against the hard ground. Painted arrows and lines broke with the ground as holes and cracks lifted higher than she stood tall.  She climbed across the shards on the ground and looked with interest into the chasm beneath.  Far in the horizon she could her the rattling sounds of death, bangs, hisses and metal on metal.  It was too far to concern her.

She approached a tall building that leaned against another; glass lay crumbled across the front as pretend people lay in strange poses draped in weather worn clothing.  She ventured into the innards of the building looking at the vibrant colours and patterns on the material, though she was far too small she tried on what dresses that she could. Escaping into the mirrors pretending that she had an occasion to attend in her new clothes. The books that she found froze those moments of the past into her mind. When people would meet for fun and to smile. The only gatherings she had attended usually involved tears, panic and death. She giggled at herself as she played among the ruins wearing her elegant frocks, they dragged across the dirty floor while she pranced from mirror to mirror.

The noise of an engine caused her to turn, it was big and growled. A heavy machine approached beneath its weight the ground crunched. She hid behind the pretend people.  More engines rumbled nearby. The building and its contents began to shake. She could hear voices; they spoke like her parents. Men dressed in clothes of dark shades entered the building, they held rifles.  She lowered herself onto the glass covered floor. The men with rifles walked deeper into the building, they laughed as the pulled the insides apart. They enjoyed the destruction. She could see them, as she remained still watching their vulgar gestures as they crudely used their rifles to stab the female pretend people.  The glass beneath her pinched at her body as she remained frozen in fear.

A man looked in her direction, his eyes met hers. She stayed still. Lifelessly her innocent eyes locked with his.  For a moment his crude smile fell from his face, a guilt and shame found him. The moment passed when a superior ordered them back outside.  She did not move until she could no longer hear them.  Carefully she crawled free, the glass and debris on the floor sticking into her soft skin.  She snuck outside and watched the great death machines as they crawled down the street, rolling over anything to their front. They were strong and powerful squashing the cars that lay wrecked.  She knew that she should return home, but she did not wish to.

She decided to leave the building the smell of the machines and men made her feel sick.  Once she was free of the civilised structures of a life that once ruled, she found the over grown weeds of nature reclaiming all that it should. The buzz of insects and bees spoke to her ears, colours as bright as the patterns in the building thrived as they hang from yellow and black signs with strange symbols above the word ‘warning’. Her parents had never allowed her to venture this far but she felt that it was her time to explore. They were busy with their tiredness that she decided that it was her time to become braver.

Trees broken and strewn across the ground were wrapped by vines and saplings that crawled over them.  Spider webs and mildew sprinkled in the sunlight as it penetrated through the gaps of the green canopy. She journeyed into the dark depths of the trees and found a field that seemed untouched by the civilisations destruction.  Flowers. She smiled. She ran with excitement dropping to her knees to study the yellow and white flowers as bees flew from them with steady ease.  She did not touch the flowers, fearing to harm them as she watched a bee fly from one to another.  She had never seen so many flowers in one place. Perhaps in her entire life she wondered.    She had forgotten her favourite stick, but she no longer minded as the bees floated around her.

Laying carefully among the grass and the bright coloured petals she let the surroundings tell her its own story. The gentle buzz of bees as they lifted from one flower to the other, the gentle wobble of each stem as the wind washed against it. She was inside an ocean of aromas and drenched in its colours.  If not for their madness she would have shared it with her parents.  She let the flowers tell their own story as her imagination rested. Slowly she reached out and pushed her finger towards a yellow flower, patiently she watched as the bees flew near. Then one slowly touched down against her skin, she smiled with a wide mouth. The bee soon enough lifted away and onto something else, but for a moment she felt a delight.

She noticed that the birds were different too, the mostly black ones had given way to smaller mice with wings that darted from the ground and sky with swift speed. She wondered if she would ever be so fast.  Carefully she danced across the field and watched the life as it existed around her.  The growing proximity of the thunder was in another place to her, the beauty and peace of the field seemed untouched by what she had grown to know.  A bird flapped near her; it was so close that she could see with detail its yellow beak. The thrill made her giggle.

A sudden loud roar was followed by another. The birds flew away. She turned and saw the fury as the trees rocked and fell.  A roar threw her backwards, she coughed and heaved as she regained her footing. The men had returned. The noise was so loud that it screamed through her body. She tried to run but the noises confused her. The ground shook and ripped around her.  The flowers were being pulled up, she cried. Dirt and smoke covered the field, the patches of colour and life slowly were ripped into the image of the rest of the world she was born to know.

“Stop it, stop it” she yelled, her voice too soft for the chorus of madness.

The clattering of the heavy machines neared, alongside them the men in their uniforms. She stood firm, no longer scared only defiant.  The men pushed past her, ignoring her as though she was just another flower to be yanked from the ground. A man looked down at her, “Stop it” she again pleaded.

Ahead of them the soldiers focused their attention, guns roared, and the machines drove faster as the men shot their rifles into distant targets. Their boots and big vehicles trampled out the field.  Another roar blasted plucked her from the ground.  She was thrown back into the ground, handfuls of broken colours strewn across her.  Beneath her the red crimson of blood ran in great rivers, the ground sucking it from her body. Her body strewn across the dirt like too many broken petals.  Her eyes lost to the blue sky, around her the many flowers that had made her smile.  The men, their machines and their war were far too important for her.