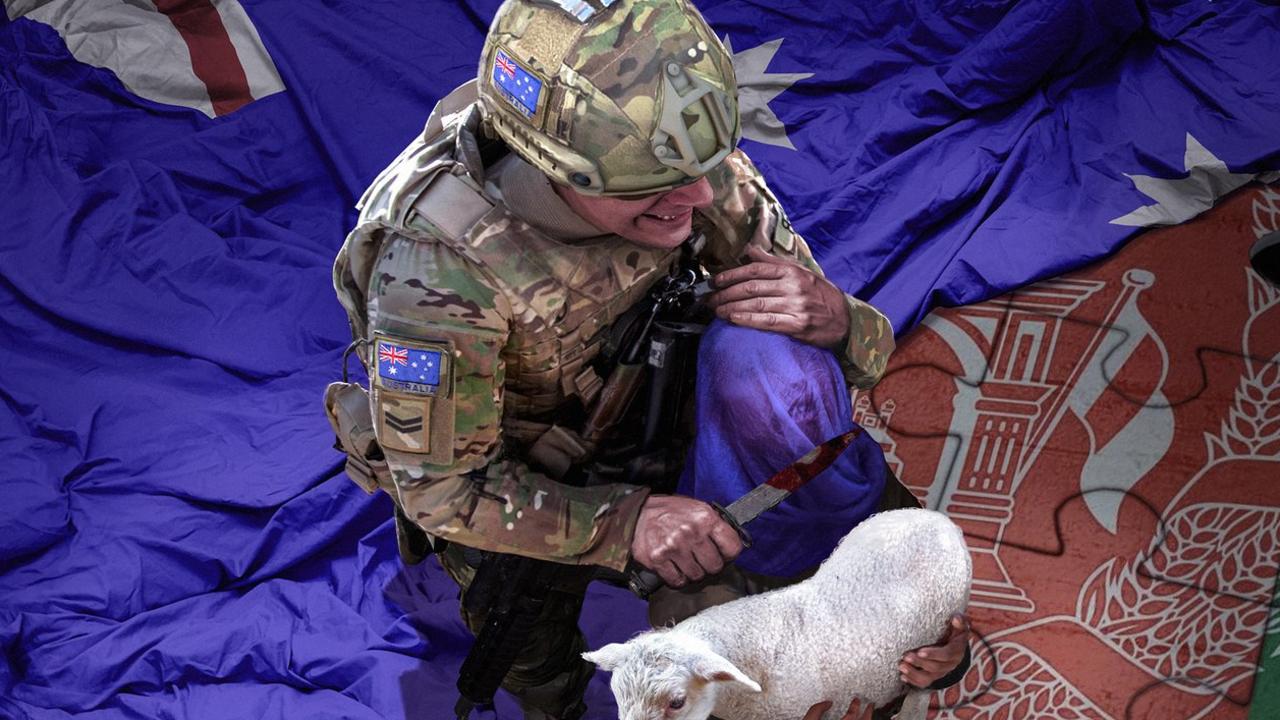 The image is not repugnant, war crimes are.

An image was shared on Twitter that has drawn the ire of the Australian government and some of the public. It has been called “Repugnant” by the Australian Prime Minister, Scott Morrison. Last month Australian’s tried to digest the revelations that members of the elite special forces had executed civilians inside of Afghanistan, in their name. This month they are being welcomed to condemn the Chinese government for sharing an image on social media. In the woke capitalist era of cancel culture and outrage, the Australian government and media are outraged! How is it that a mere digital image could be considered more upsetting than the footage of actual murder, the revelations of numerous atrocities? For some it apparently is and when national pride is at stake that is all that matters.

Once the Brereton report had been made public and government and military officials vocalised their prepared statements before the media and wider world, the nation of Australia dipped it’s head for a moment in shame. It did not take long for governments abroad to point the finger at the Australian military’s crimes. In doing so it bought into question Australia’s legitimacy as a champion for rights and stability apparently George Bush’s Sheriff of Asia was capable of banditry and crimes. And when the Chinese government trolled Australia on social media, the Prime Minister and like minded got angry over the picture, not angry at those guilty of war crimes.

The Prime Minister, Scott Morrison with predictable deflective measures condemned and displayed disgust that the Chinese government would share such an image. Media bobble heads joined in, condemning the Chinese government while also pointing out the history of the PRC’s own abuse of the innocent. It has suddenly become popular in 2020 for those who ignored the crimes of the communist government of China to suddenly criticise the authoritarian one party state. It now gains one political points to be elevated upon a nationalistic pedestal and while the Chinese cash flow has slowed, it is safer for those who once profited from China to now blame it for all the ills.

Regardless of the decades of horrendous conduct committed by the communist government of China, the Australian military did murder civilians in Afghanistan. The fact that these murders were admitted and revealed to the public is an exceptional triumph for justice, even if it ends up being token. It is uncertain as to how deep the bloody pit of crimes by those who waged a war on Afghanistan goes, but we have all now seen examples of such a terrible adventure, thanks in part to an Australian government investigation. And reporting from Australian journalists, some of which work for the State run media. This should be a triumph, a mark to regard, that the Australian government is willing to admit some of its terrible deeds. What it does with this admission is for the future to reveal. But in upholding a semblance of regard to justice it should be praised and instead the politics of the moment is now switching to more nationalism, deflecting the matter onto the Chinese.

To have another government shame your own over such crimes is embarrassing. The innocent civilians, those who were killed and their families who suffered are now lost in the dance between politicians and patriots as forgotten props dropped before the next act of foreign policy is performed upon the stage of history. The Australian media and government in the past could have been heroic and condemned the communist government of China in its treatment of dissident and minority groups, the allegations of organ harvesting, social credits, mass surveillance and censorship. Outside of some voices and limp commentary much of those acts were mostly ignored or accepted. To share an image that flicks blood on the face the Australian government however is “Repugnant”.

How much death and destruction abroad does it take to make Australia secure? How much terrorism can a national government commit abroad before itself becomes the terrorist? These are questions that such a report could raise. Instead the danger is that no real questions will be asked, the policy and adventures abroad will be repeated in the coming years and the outrage over an image will boost the courage of the proud once again. After all it seems that many have already moved on from the war crimes report.

The Australian government and public can condemn the Chinese government and look towards a fatalistic tariff and trade war but it all ignores the facts of the matter. No image is more important than the act of murder. What ever outrage points that the Australian government hopes to gain now are short lived, the governments in the region are dripping in the blood of the innocent both past and present. Australia is among them. You can not wash blood away with more blood. The war crimes report by the Australian government, should be a celebrated moment of honest self reflection, a moment to redirect policy and to reform not only the government and military but the public and media mentality. Instead it seems that pride and national self importance will triumph. The dead, they are lost to history, the forgotten innocent crushed beneath the weight of arrogant policy. For those who think that the price is always worth it, just how many social media images does it take to wash over the blood of the innocent? Apparently just one.