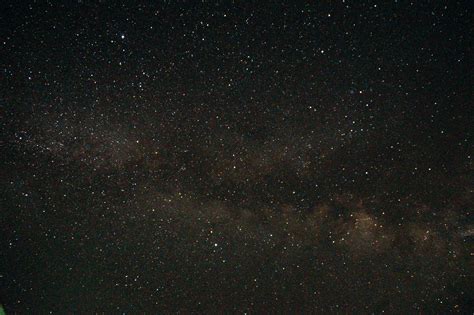 A grave for a man – short story

Coming soon “The Forgotten Fallen” a book of short stories, like this and others previously unpublished dedicated to the victims of war revealing the horror/

It was a beautiful night, a cool spring breeze washed across the tall man as he stood on the outskirts of a long road. He had lived here all of his life. The dirt crunched beneath his feet as he walked away from his home, inside his children slept and his wife weaved a basket for the neighbours. Frank yawned as he took a moment to look skywards, he could see the moving lights of satellites and drones as they crisscrossed above beneath the brilliance of a universe that he had always admired. Frank loved to point to the stars with his sons, to watch them blink above.

Frank lifted his bucket and crossed the road, it was in parts bitumen but mostly pressed sand. He needed some larger rocks that he could find on the other side. Frank used rocks as weights, he would show his children in the morning how to use them for farming. His oldest son Peter wanted to be a farmer, it made Frank happy knowing that his boy enjoyed learning the trade of his family. Frank slowly filled his bucket, he neared an old crater. A remnant of one of the battles that had visited his home. War was a fixture of the land, it was as consistent as the seasons. Frank crawled near it looking for the rocks that had been blown from the blast.

Feeling his way through the darkness carefully Frank was wary of the bomb and artillery shells that still could explode. They would remain dormant only to blow up with unexpected menace. Frank had seen and lost enough friends to such an unwelcome end. Frank had filled his bucket, he wiped his hands on his trousers, feeling the rough patches that his wife had sewn.

A pair of cats leapt from the crater, their sudden motion startled Frank. He cursed with a relived laughter at the small animals as they watched him from a distance. Though they had no home, the cats often visited his with the expectation of a feed or an occasional caressing stroke. The cats now strolled low to the ground away from Frank towards his home. They moaned as they returned to the darkness of night.

A bright light followed by a roar and an air sucking blast threw Frank’s body into a tangled mess. A new crater smoked as rocks and dirt fell back the ground. All those nearby had been awakened by the loud noise and vibration. Frank lay still. His body broken and twisted, the rocks that he had collected lost and scattered.

The morning sun could not wash away the pain of Frank’s family. The tears only stung. Neighbours and strangers alike looked on, they had lost another. High above the drone that had taken his life had returned to it’s base only to be replaced by another. Distant eyes studied the screens, optics allowed them to analyse and confirm that a man had been killed. Fighting age, likely digging up weapons or burying them. The facts seldom mattered to those filing intelligent reports about such an event.

Frank’s son, Peter could barely stand he wanted to run to his father to hold him one last time. The elders held him back, he could not go to Frank’s body for fear that another explosion may follow. Peter curled with his brother and mother on the floor of the house, paralysed by their pain and loss. The image of his tall, handsome, often smiling father’s mangled body and busted face haunted him.

Two days had past, Frank’s family wanted to reclaim his body but had been advised to let it be. Experts were due to come some time soon, no one knew when and even if they would come. If they did they would most likely blow Frank and the surrounding area up. Ensuring that no remnant explosives remained. The neighbours went on with their life, they had their own loved ones to care for. Some gave food and checked on the family but when so many were in mourning, the empathy for the mourners faded quickly.

Peter walked past his fathers corpse again, he had to most days it was near the field that he worked and the small school house that he studied at. Most of the other children would not look to the body, but Peter made himself. He checked to see if his father was calling for him. At night he would wake up from dreams where his father cried to him, Peter could not help him. Peter could not even go to him. So instead in his nightmares his father lay alone in pain. Even in death his father deserved more than to decay among rubble.

Later on that evening such a dream had gripped Peter. He walked outside from his bedroom, the moon was almost full, so he could see far across the wide land. Peter stood at the side of the road, he looked to where his father lay. In the moonlight he could see the outline of his body, then he heard a groan. Peter stepped nearer, again he heard the soft call from where his father lay.

Peter called to his father, but he could only hear a shrill groan. Was his father in pain, was he trying to make words but instead struggled? Peter carefully crossed the road towards the crater. He could now see his father’s coiled body beneath the moon, he called to him again. Peter froze, his father moved. Peter rushed to him, he could see the torso and body twist. Despite the pained state that he was in, Frank was moving.

The smell caused Peter to gag, but he pushed past the stench of rot. He reached nearer to his father, again his body moved but this time his chest pulsed in an unnatural manner. His fathers eyes and broken face congealed in blood and covered in clumps of muddy burns were looking past Peter. The chest pulsed and then Peter could hear a crunching from within his father’s body. He whispered one last time to his father. Suddenly a bloody cat emerged from a hole in his fathers throat. The cat chewed on the dark innards of Frank as it rushed past Peter. The child collapsed, another cat left his fathers body.

Peter fell forwards and unleashed a painful purge from his stomach, his eyes red raw from tears as he trembled. Peter forced himself to his feet, he ran home and returned with a shovel. He began to dig, he pushed the shovel into the ground and kept working even as the sun slowly rose on the horizon. Soon he had dug a hole deeper than himself. Peter climbed from it and stood over his fathers body, the insides were pulled out and his limbs dangled. Peter pulled at his father, the body heaved free from its festering resting place. The smell suffocated Peter, he felt pieces of his father break free. Peter dragged most of his father to the hole and pushed it into the depths. He then gathered up the rest. His fathers leg was heavy in his arms. Peter filled in the hole.

Peter’s mother ran towards him, the hole had been filled and the dirty boy sat nearby stinking of his fathers death. She asked what he had done. He told her. He had made a grave for a man. A place for his father. For the remainder of the day the family and neighbours fashioned a head stone, Peter could not rest until his fathers grave was completed. The cats watched in the distance.

The family and neighbours said good bye, standing over the grave. Flowers and weeds placed atop of it. Peter stood watch over the grave, he could not sleep. He looked to the night sky. He felt his sadness wash away. His sore body, his blistered hands and exhausted chest heaved as the cool spring air brushed over him. Above he could see the moving lights of satellites and drones. He no longer could see the stars. Peter watched a distant flicker as it drifted high above, his calloused hands clenched into a fist. Peter no longer wanted to be a farmer, the fascination of growing and sewing the land, watching life flourish because thanks to his toils had left him. Peter bit his lip, he now only wanted one thing. Justice.