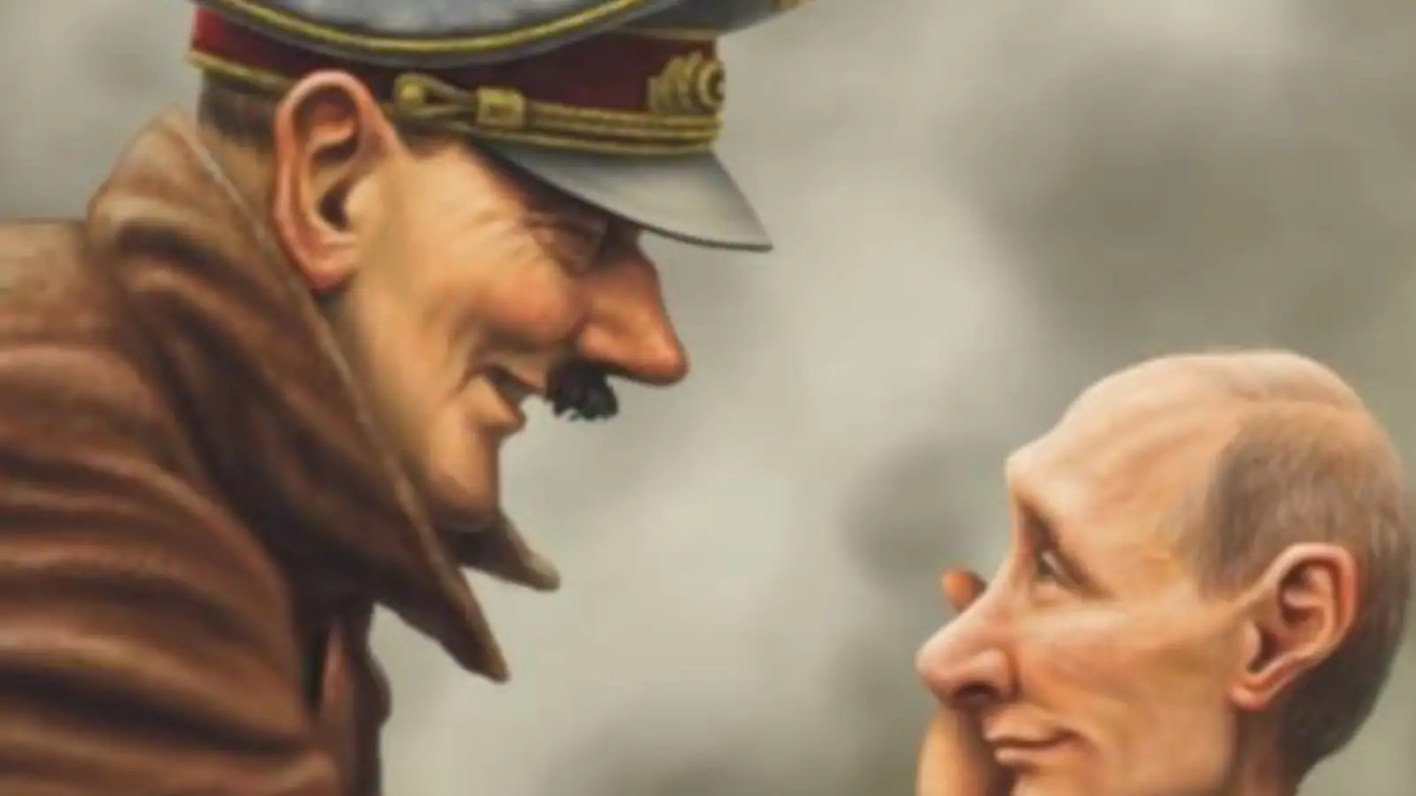 The Anti-Putin’s war but otherwise warmongers.

The revulsion to war is inconsistent for some. The Russian invasion of Ukraine has brought critics of war to the antiwar movement, though they likely will return to their pro-war instincts when current headlines fade. For now, in the West, Vladimir Putin has been labelled as the next Hitler. Ironically Hitler was of the West and led a terrible invasion of Russia. A memory that lingers and moulds present day Russian foreign policy. Saddam Hussein was the next Hitler, Colonel Qaddafi, Slobodan Milosevic, Mahmoud Ahmanddinejad and so on, all heads of states of terrible regimes but not Hitler. Only Hitler was Hitler. Hitlerism was born from war and injustice, not from peace and dialogue.

The actions of the Russian government are not justifiable, any act that leads to the intentional or indirect murder of innocent civilians should not be embraced. On the surface many people will agree that murdering the innocent is wrong, until you pull back the layers of ideological and nationalist context. Inside of Russia and those looking at the World from a different perspective, the death of civilians at the hands of the Russian military is justifiable in the minds of some. As justifiable for the Russian state as the murder of Iraqi, Syrian, Afghan, Somali, Yemeni, Vietnamese, Panamanian, Laotian, etc civilians were to those who view the world from the eyes of the American empire.

Should this hypocrisy be raised often the pragmatic wit will dismiss the past as being done and dusted. Nothing to be gained by remembering the misery of then, only the expedient importance of now and the near future matters. Putin must be stopped, ISIS halted, Assad overthrown, there is always a sense of emergency that overrules morality and reason always leading to irrationality and immoral actions. In time it will be shown that the decisions made and actions taken were foolish and vulgar, past lessons seldom learned and wiser minds never listened to when it mattered most. It was such feelings for expedience by the Russian government that likely led to the invasion of Ukraine.

The United States and its allies have recently removed their bloody swords from Afghanistan and in the past many other nations, leaving behind so many dead and suffering. None of these were defensive wars in the traditional sense, only in the definitions of abstract hubris. The dead civilians always justified by the experts and warmongers. The outcome of the war a bloody limbo of non-victory but not defeat, where the warmongering nations face no justice. They are still heralded as the kings on the chessboard of international order despite war crimes and hundreds of thousands of dead civilians. Without any sense of shame it is for them to now to criticise the Putin regime for its war. The spectre of Hitler often raised to justify aggressive wars, in his footsteps but against his image.

If one was to fly the Iraqi flag or celebrate citizens resisting an allied invasion force, during the height of the coalitions war on the ‘Hitler of Baghdad’, one would be deemed a terrorist supporter or suffer the wrath of Neo-con cancel culture. To wave the Ukrainian flag and to celebrate its defiant citizens as they oppose an invader is chic and trending, that is because the invader they face is not a familiar. Their invader is from the outset the villain, whose motives do not matter. The invader had reasons that do matter and those sweet worded reasons apparently can cover the stench of thousands of innocent corpses.

It is easy for the lazy virtue signaller on social media to find cause with the white middle class of Ukraine, they are relatable with smart phones, jobs and cars having a day-to-day life that is seemingly similar to those in the West. Or perhaps because they are from Europe it helps too. But a starving baby in Yemen, an obliterated family in Afghanistan or a mutilated boy in Somalia, all may as well be aliens from another planet, their suffering a context for a familiar invaders civilised foreign policy. Though they still bleed and cry as any Ukrainian does, attempting to escape the horror that is visited upon in their country, as you would too. They are all innocent, a civilian from anywhere in Ukraine to anywhere else in the World should not be murdered. Not by roaming Nazi militias or the Ukrainian government itself in the separatist republics nor from the Russian military and its proxies in the rest of the nation.

For almost two decades a war on terror was waged against groups considered ‘terrorists’, the religion of Islam itself was slurred as being an ideological breeding ground for ‘Islamo-fascists’ head choppers. The war then saw the allied nations supporting, training and fighting along side such terrorist groups, even those linked with the attacks on the United States itself. In the past few years white supremacist Nazis have become the ideological fixation for Western governments. The new enemy within. Though like the slur of Hitler, what constitutes a Nazi is ill defined. Since 2014, those who embrace the Nazi ideology of Hitler’s regime are fighting against the ethnic Russians in the Ukraine region and are now supported and embraced by Western governments. This is the nature of vulgar pragmatism and war itself.

For now it is popular to be anti-war. To be anti-war because it is not a familiars war. It is easy to be anti-war when one’s own empire, national and self interest is not invested in the misery. As more become dependent on the government above them, it is harder to dissent and exert independent thought and agency. Dependency validates the state, it instils it with a righteousness and importance, it destroys alternatives and options while outlawing freedom. The threats and enemies, internal and abroad necessitate a strong and powerful government, one that places security, safety and welfare above liberty and rights. It will not stop expanding and soon dissent itself will be an unfamiliar concept. It is from war, conventional and ideological that such powers are found. For many individuals such warfare and dependence sustains them, feeds them and they profit from it. Jobs over justice, entitlements above rights, central planning instead of choice and security over liberty.

When one becomes reliant on the government for their livelihood and well being, it becomes harder to criticise it openly. Especially during wartime. It is why the context of nationalism and the tribe of the familiar can skew one’s morality, afford them the ability to turn a blind eye when the injustice is committed by a colleague or those of one’s own nation. The victims are marginalised, alienated and always somehow blamed. The horrible deeds of a familiar are smothered by the greater good or removed from mind. The evil acts of the unfamiliar enemy however, in this case those committed by the Russians, can justify any course of action and condemnation. One’s consistency only needs to keep step with their loyalty to the familiar and the comfort it brings, but remains inconsistent to the march of morality itself. War, becomes peace as Orwell put it.

If you are for a brief moment revolted by war, because the warmonger does not belong to your tribe, welcome. When the bitch of necessity rears itself again soon for your nation to bring death and destruction to a homeland of innocent civilians, we can be sure that you will disregard the criticism and condemnation of those who are on the other side or who have always been consistent in their rejection of war. Welcome to the anti-war movement critics of Putin, flip floppers and social media clout chasers, we hope that you stay, chances are though once Putin’s war ends, another one of yours will begin. And maybe one day when you look in that mirror, you will see Hitler again.