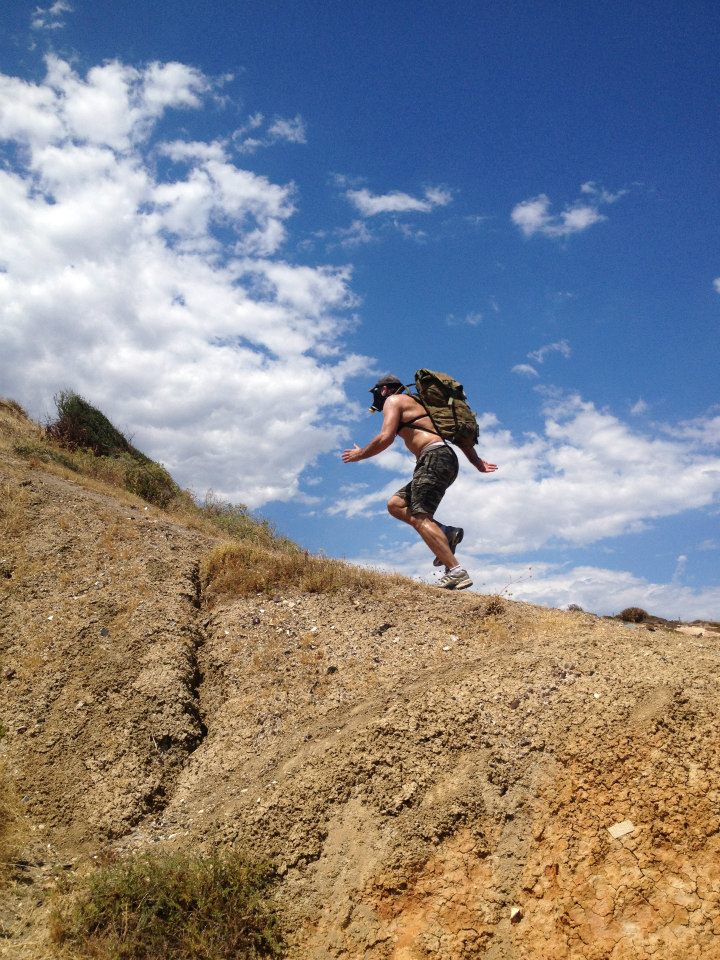 There are few things in life that we must do, breathing, eating, drinking if denied such actions we die. Beyond that is just living. The absence of any purpose, ambition and desires is to merely exist. What ones purpose is, ambitions or even desires are all personal and relative to time, place and the individual. In our day to day, we also have reasons to do things, to get out of bed we may need a purpose to motivate the action, boredom to duty. To bathe and brush our teeth, we do not have to do, our reason is health and hygiene, Self respect and consideration for those who we interact with. Those are reasons to do.

The reasons that will be explored herein will pertain predominantly to exercise and practice, whether mental or physical. Training and conditioning. Oftentimes many have intention and desires to do these things, the imaginary utopia of an end result drives them. It is an unattainable apparition in the future, to be good at something, to look a certain way and to feel better. These are goals that have no measurable place, they are elusive perfections that may change over time and are not specific to any one person. So these may be loose reasons to train, to move, to improve they are early motivators. When those abstract purposes are so distant and uncertain they can also fail to motivate over long term, when obstacles become difficult the reason becomes lost.

Perhaps a reason may vary from wanting to get fit, to compete in a sport, learn self defence or to have a healthy social activity. These reasons are not unique and can be short term and fluid with circumstance. Self discipline is needed to act. Self discipline is lacking in many, especially over time. Competition is that which burns deep inside of a few, it can drive and push the individual beyond conventional human limits. Competitiveness does not ensure that one should always win, or win at all. It is a motivation, the threat of losing and the hunger to be the best can ensure that one learns skills and practices them. They will not shrug, ‘this is boring, can I do something else now?’ To win, to be the best, to never lose is a reason.

The competitor knows that repetition and practice is not performed to feel good or to entertain oneself, it is not a hobby or a distraction. It is the way. It is how one gets good, by doing. They continue to do and understand that mastery is humility and knowing that you can never be perfect and even should a move or action seemingly come easy under stress, it was not easy to attain. The lazy and envious will want a level of mastery, demanding it and yet never once look to how it was achieved. The competitor had a reason to reach those levels, the casual observer did not. That is why they never attempted it in the first place. Eagerness and beginners zeal is beautiful, it is not evergreen however. Overtime enthusiasm may erode as comfort sets in. For the competitor understands that discomfort and effort is the price to accomplish and win.

With self defence, many assume that they wish to know such skills. The animal inside of us understand the importance of surviving and self preservation, the spoiled civilised human has been robbed of such instincts. We wrap ourselves in obese conditions that insulate the individual from the true reality of life and its predators. The naive outsource their safety to others, believing politeness and professionals would suddenly appear or even deter the worse elements from harming them. Those who have experienced terror and moments of brutal truth, know otherwise. They have a reason to train. It is not an idea that emerged one day while watching a film or during mundane conversation, they felt the shame and vulgarity of such moments. “Never again!”, becomes a reason.

Professionals may also dabble and boast a need and reason to train, though few sustain the discipline over time and even those proponents of self defence seem to hide behind their credentials and only practice to teach and not learn for self. As the competitor and survivor have a reason to train, will they may sustain that discipline over time. Will they do so when the years of playing the sport pass them by or the distance of time separates them from the moments of violence? That is for them to know and find out. Discipline can easily become lost and becomes harder to maintain.

In our youths we have reservoirs of energy, it depletes as we age. The routine and set piece life that we fall into can also rob the energy and the need to express. Ambitions start eagerly early on but dwindle out over time. Those who do stick around may do so because it becomes a hobby, habit or because it has become an aspect of their social identity. Found inside of these considerations is another reason, not a driving one but enough to keep the individual inside of the gym. Perhaps not enough to train beyond ‘doing well in training’.

The importance of having a reason does not need to be limited to the complexities of martial arts and combat sports training. Do you have a reason to pick up a book and read it? To learn a new skill? To go for a walk? To get a job? And so on. The reason may not be an external need, it can also be invented or cultivated from within yourself. A reason to do, is what is lacking even among those who may have pride and energy. Reason can give direction, in an age of comfort for some, many lack personal philosophy and instead meander in and out of obligation, intoxication and distraction. The reason to do, to live or be succumbs to merely existing among the motion of the mob.

Do you have a reason to quit your vices? Many know that they are destroying their health and yet the reason to not quit is not enough. Others found a reason to quit and did so, that is evidence enough that it is possible. Will needs a reason. What was the reason you started in the first place? Perhaps therein lies a root to pull up. will the reason to control your own life be enough to pull you out of even the darkest places of your own creation? Or to overcome the situations that others have thrown you into? There is no karma, no universal justice or correcting force, one does not deserve anything, these are beliefs that instil entitlement and surrender action to the imaginary beyond. Have the reason to transcend, to stand tall, to look at yourself in the mirror, to defy the uncertainty, resistance and conflict in your life. Unhappiness and discomfort are about change, otherwise you will become a prisoner to complacency and that which torments you.

When one is in a bad place, factors may be beyond their control though more is in ones hands than at times can be appreciated. To get healthier, to feel better and to leave that bad place requires effort and will. Action. A reason. It seems that many prefer sympathy and attention for their apparent suffering than they want a solution. It is easier to succumb and to surrender to look at the hill on the horizon and decide from the outset that it is too hard to climb. Laziness is easy. Cowardice is ever apparent. Reasons exist to motivate or to never try, to have courage and to be pro-active is for a few. They too have reasons and act upon them. If you struggle in a comfortable setting where you are in control, you will surely fail when the conditions are extreme and adverse.

Some of us have reasons to train, to read and to do. To push ourselves even if we do not feel like doing it. The reason is why it is done. We do not have a reason to go out and get drunk, to spend hours gorging over a meal bantering or to work a soul destroying job. Those who do those things, at the expense of their ambitions, well being and desires do so because they have a reason to. If one gets intoxicated instead of waking to train, the reason to get wasted was more important than the training. The patterns soon form and inconsistency becomes the consistency. We all have our own reasons, perhaps change your own before they change you for the worse.