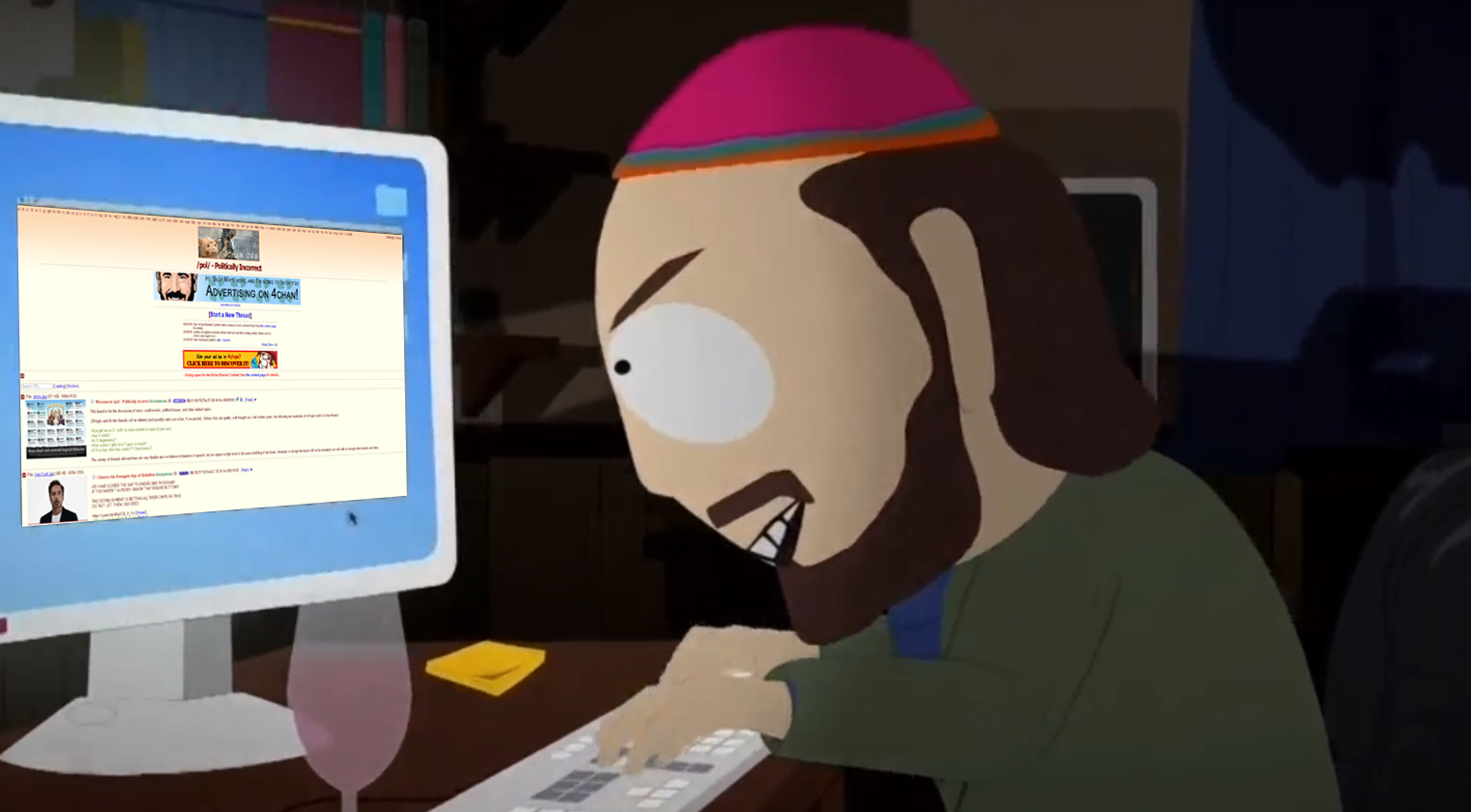 Would your online self pull over to help a stranger?

Would your online avatar pull over to help a stranger?

It’s raining, late in the evening and you have been driving for most of the day. You want to get home, it’s cold and the pangs of hunger stir. You are on the home straight, through the darkness and rain your beams of light illuminate the familiar. Suddenly ahead of you a car is on the side of the road, hazard lights flashing, a lone stranger is attempting to change a tyre. Assuming that you know your way around a tyre and you are not concerned for your safety, many of us would stop and offer assistance, some may drive on, declaring that it’s none of their business.

Assume that you do pull over and help this stranger, nothing forced you to, you were not paid to perform the task and it was not in your immediate best interest. It was the right thing to do. The stranger is likely grateful and once the tyre has been changed you both return on your journey, wetter for your efforts. The stranger was an unknown to you, they could have been the nicest person that you would never have known or a serial killer. You may disagree with them on any issue and perhaps they are a kindred spirit on many more, unknown elements before you made the decision to help them.

Later that night you may slip into your digital avatar and scream at the screen as a meme appears in your news feed, notifications from friends and foes, the issue of the minute is trending as you scroll on, comment, like and share. It is another world that you live in, the ersatz you. You share it with many others all over the world, you feel ideologically and philosophically closer to screen names and display pictures than you do your own neighbours, perhaps even family. You have defined yourself by what you follow and like, how you express your ideals and beliefs. The world is almost binary, it has become politicised not philosophical. Partisan glasses pollute the digitalsphere, even for those who seek to avoid it. Why is it that some peoples online presence is different to their real world one? Often for the worse.

The stranger that you helped, for all you know may stand on the opposite sphere of your ideals. You could have even blocked one another on social media platforms, sarcastic jabs and hateful remarks may have crossed screens over serious issues or pathetic minor matters, that often become just as divisive. Would you still have stopped to help them then? Would they you? An act of kindness in the real world lasts far longer than trending digital flickers. It is easy for some to be a troll, which begs the question, was Oscar Wilde right when he said “Man is least himself when he talks in his own person. Give him a mask, and he will tell you the truth.” How much of the avatar is the real person, is “Skankhunt42” the true nature of Gerald Broflovski, or is the online more of a game to many, an escapists indulgence.

What is it about politics that pollutes the human condition? Is it that it rewards the worse of a society? Or that it dehumanises the individual and collectivises them, creating stereotypes and depictions of extreme caricatures. It provides, otherwise useless human beings with an identity and sense of purpose or that it gives sanctuary for those who have no talents in a free market of ideas? Politics has always been a vile place for imperial ambitions and religious hypocrisy, it is the collectivists dream. Social and instant media has enhanced it to the point of viral lunacy.

Despite central planners and regulators best efforts, the market exists. Whether through the exchange of goods and services, legal, grey and black markets persist. Or with the exchange of ideas and knowledge, it may become censored online or harder to find through the traditional mediums but thought and conversation will thrive via encrypted messengers and in the real world of flesh and blood. The silliest regulators and censors are ourselves, the bias that we may bring to a subject can inject an emotional irrationality or even a fear of being wrong. It closes the mind and hinders individual and communal growth.

The easiest way to develop such bias is to disregard opposing opinions or to collectivise the “other” into an ugly dehumanised blob that often exists as a meme online or far away in the real world, in our day to day when we encounter bad people they tend to stand out. The many good or indifferent ones are lost and forgotten in the polite ocean of reality. We also benefit from the deeds, directly and indirectly of strangers. Whether they are paid to do them or if they do them regardless, we see the examples of good actions and charitable conduct occurring without coercion. It may be regular or as an impulse, like changing a strangers tyre in the rain.

Most often when strangers walk past the other on the street, “G’day” or “Hello” is the welcoming embrace, even if for a moment. Without any knowledge of that persons ideals or religion, how immoral or righteous they may be, our first thought is usually to be kind. To be friendly and welcoming. The culture that many of us have found ourselves online is to attack and deride, to cower beneath the avatar of make believe and to destroy and ridicule strangers. For what? They disagree with your ideology, they pray or don’t pray to the same or a different deity? They used comic sans or liked pineapple on pizza? Difference is good, the many markets of liberty are splendid, it is coercion the monopoly of violence, government that is often the critical factor.

Politeness is often still maintained in the real world for the police officer who extorts you out of some hard earned money for an arbitrary offence, the good citizen will thank them. A digital stranger online likely never has done this to you. To maintain patience and consideration for the administrator at the bureaucracy that you are forced to wait and line up for only to pay a large amount on something that you already own or are qualified to do, it is with a smile and consideration that often we tolerate these routine relics of domestic empire. It is an acceptable violation. A digital perspective seems to have become forbidden and vulgar.

Bridges can be easily burned by attacking with reckless abandon, like a raging fire of collective rage it is all too easily to slur and embargo so many strangers and opinions solely because of predetermined bias. It is prejudice and bigotry. It’s also stupid. It is self defeating, it weakens oneself as an individual, it prohibits another persons willingness to explore your perspective, instead of invitation you project rejection. It is easy to react to the many digital slaps that we endure, for the Christians turn the other cheek and smile, those of other faiths and atheists be the better person and set a good example. Communicate and if need be ignore, but so much hatred as is often the case over opinions will go on to have wider implications.

It is one thing to fight and oppose corporate and state censorship, that is hard enough as it is. To reject so many voices and ideas all because of our own irrational fear of losing an argument or perhaps being wrong on an issue is destructive. It is partisan idiocy that feeds the lunacy of politics and often leads to a compromise on liberty, the free market of ideas is just that. We do not need to agree, we can live alongside those who we may never wish to share intimacy with or value in any way. So long as we reject the imperial impulse to rule over others and to use coercion to homogenise thought and to stamp out diverse lifestyles and opinions.

Maybe one day you will get a flat tyre on the side of the road, for whatever reason you may struggle to replace it, the road service may be far away and a stranger may slow to help you, whether you need it or not. It is a good thing to be a good person. We know this in the real world, perhaps we should bring it to the digital one also. For those who proclaim to be stalwarts in the anti-war movement, making peace transcends the war between states, we too can be the peacemakers with our fellow humans. Fight and debate when we need to, when it matters most. To spoil for a fight and to become collectivists is all too easy, it is not righteous and it’s not the way of good discourse. If you would pull over to help a stranger in the flesh and blood world, even during a storm, then perhaps bring that humanity to the digital frontier, it’s certainly lacking it and its not even raining there.