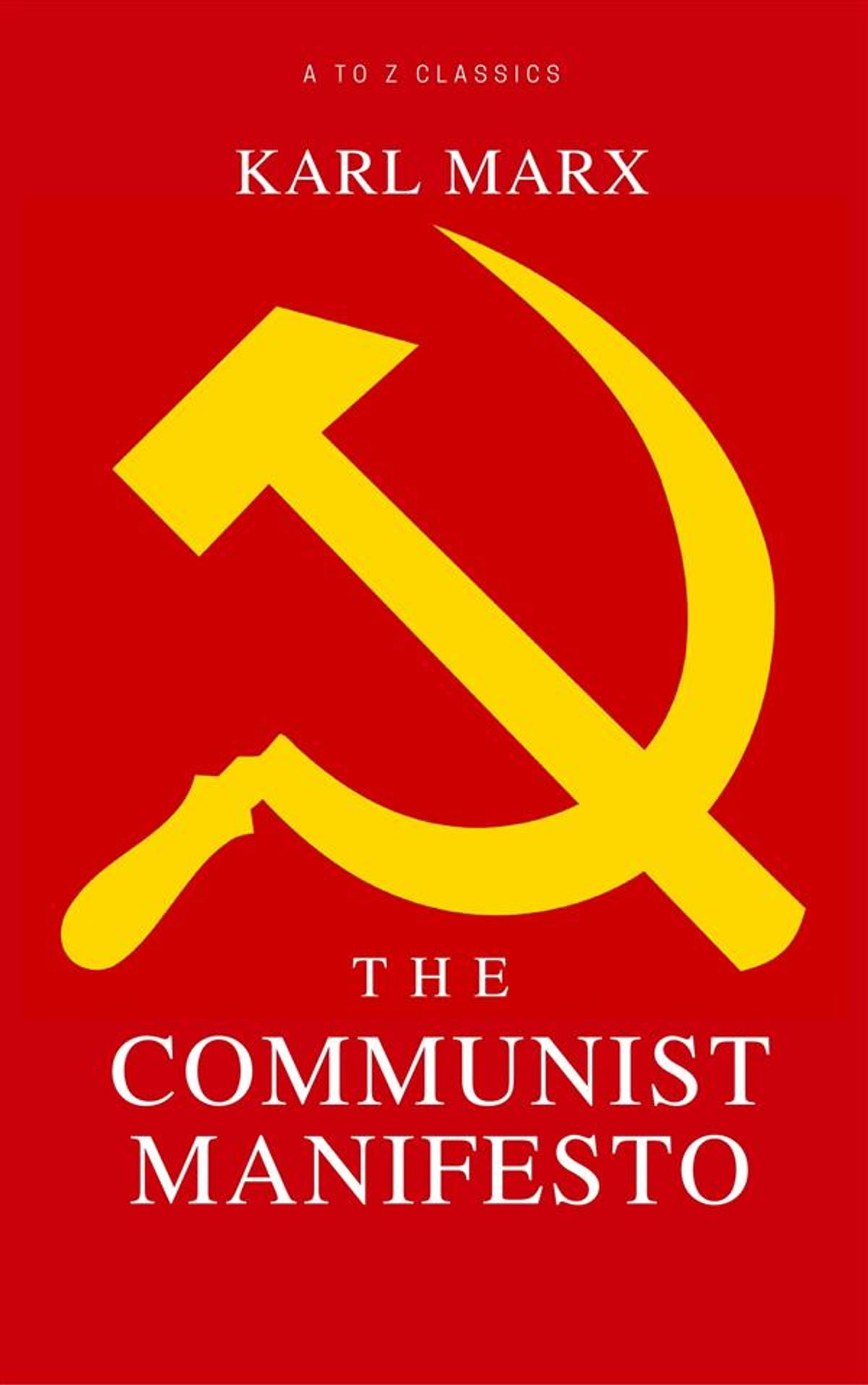 Since it was published the Communist Manifesto has influenced most forms of government. The ideology has mutated from one of utopian ambition to providing a framework that uses the language of egalitarian justice. Marxist ideology no longer has a revolutionary spirit for liberation instead it has become a template for authority and rule itself. According to Karl Marx there are the ten points, outlining what is needed to manifest a free society. These points have a lot in common with most other sects of government ideology even those that have no relationship to Marxism.

The points found in the Communist Manifesto have in some variation much in common with those ideals that would be considered modern right wing conservatives to left wing social democrats. It’s not to say that all governments are Marxist or could be associated with the religious ideology. The ten points however reveal what was once considered radical is now normal, even conservative.

Traditional communism and socialism have the claimed intention of liberating the oppressed while creating a paradise on Earth. This had great appeal when past elites of the world were interested in preserving the traditional power bases of feudalistic variants and imperialism. In using the language of revolution and justice, Marxists championed the miserable and oppressed. The appeal was apparent, intellectual and revolutionary missionaries spread the religion and fought alongside those who were victims of war lords, dictators, imperialists and big business exploitation.

The ideology has mutated and adapted for the modern world, appealing to the bourgeois. The ‘worker’ is no longer in the field or factory is instead an abstract idea. Now it is assumed that the welfare dependent, entitled and employed are the victims of a rich class that oftentimes champions the avatar of digital Marxism. The constant is, central planning, the instinct to control millions of lives via committee or in the self interest of elites claiming to represent the need of the proletariat, nation or planet itself. The means are everything, the ability to control becomes absolute over time, the promised Utopia is less emphasised.

Karl Marx and his comrades were human beings, flawed and bias. They saw the world from the prism of their own period and isolation, however innocent or arrogant their demands and opinions were. It’s been for those afterwards to use them as inspiration, templates or interpretations. For example the Bolsheviks and Maoists in their respective desires to extrapolate what suited them, expand upon and then centrally plan at a murderous pace to uplift their empires into industrial and agricultural tyrannies. Marx’s promised Utopia being the justification.

For the many the sacrifice is not as obvious as it was in the past or in nations such as North Korea. In a society of debt and inflationary fiat, welfare, subsidies and employment create a dependency class, rather than an exploited one. The luxuries and security of the now are all that matters. A painkiller society has been created, where it’s unbearable to imagine any discomfort that needs to be endured to accomplish anything short of utopia. Bread, debt, circuses and entitlements.

When Karl Marx and his comrades conjured up a world of anti-capitalism in 19th century Europe they could not have imagined what the coming two centuries would produce. Free markets and liberalism (the non-American meaning of the word) would give way to centrally planned smorgasbord of horrors, variants of fascism to non-monarchical imperialism and many flavours of democracy and autocracy. The State ever present, free markets and individual liberty slowly sacrificed beneath the call for liberation from choice, responsibility and risk. Paradise on Earth is the painkillers lock on those who won’t or can’t kick the habit, worse still those who are unaware of being hooked at all.

According to Karl Marx in his manifesto, “… in the most advanced countries, the following pretty generally applicable”

1. Abolition of property in land and application of all rents of land to public purposes.

This exists in most places and even with a flat tax the many other layers and forms of taxation the individual and businesses are forced to pay soon becomes graduated as such. The more spending out of need or luxury, the more taxation. Tax in turn can be used as a means of punishment, deterrence and prohibition and satisfies egalitarian ideological bias.

3. Abolition of all rights on inheritance.

Inheritance tax is a punishment and deterrent when it comes to passing on wealth and goods. It is also a free for all for the many bodies that get a bite out due to the process of death and thereafter. A punishment on the materially wealthy, it can often harm those far from it. It is an obsession on the material and ignores other traits, benefits and negatives that one may gain from their family.

4. Confiscation of all emigrants and rebels.

The ability to marginalise and criminalise someone based on their status as a human being, beliefs, profession, race and so on is a constant when it comes to governments through history and across the world. Nation states have borders, there is a bias on those born outside of those boundaries, so migration requires a process that usually leads to taxation. The ability to steal from one because they are condemned as pariah is often legally allowable but also becomes a socially celebrated act. Rebels are those who are different or dissent from the state and the culture that sustains it.

5. Centralisation of credit in the hands of the State, by means of a national bank with State capital and an exclusive monopoly.

Most nations states have their own central bank. In modern government a central bank is integral to all policy funding, it has become ingrained in society. One nations central bank can influence the private incomes and speculatory practices of those in many other countries. Modern war and welfare would be impossible without a central bank, most traditional models on economics and even government constraints are obsolete due to the past century plus of central banking. Central banks allow for unimaginable debt leading to inflation and otherwise unnatural levels of wealth. Religion may not be the opium for the masses, central banking perhaps is.

6. Centralisation of the means of communication and transport in the hands of the State.

“Who would build the roads?” beyond the fact that most states do own and maintain roads other forms of transportation are usually government run or heavily regulated. The internet and encrypted means of communication have provided small expressions of liberty so that individuals may have intimate conversations with loved ones or whistleblowers communicate to journalists. The independent media has been thriving in many years as a rejection to the corporate model of legacy media. The jailing of Ross Ulbricht because he created a website and the punishment of Julian Assange for journalism are examples of what is allowed.

7. Extension of factories and instruments of production owned by the State; the bringing into cultivation of waste-lands, and the improvement of the soil generally in accordance with a common plan.

It’s not uncommon for industries to be reliant on subsidies and regulated which acts as a means of control. Often leading to dependence and inefficiencies which in turn destroys industry, as does nationalisation. Central planning has a history of destroying food production and in recent years soil degradation has become a common problem with nutrition and food security. Many droughts and fires have come about due to regulation and constraints. Those big companies complicit often are protected by a government and act as a pseudo-monopoly thanks to protectionism.

8. Equal liability of all labour. Establishment of industrial armies, especially for agriculture.

Written from the prism of the 19th century with a traditional trade union concept in mind, the modern world has seen the rise of lobbyists, bureaucracies and government agencies that control and influence industry. Trade unions have less relevance and in communist and fascists nations become “nationalised”. Automation and modern technology has made the traditional mass employment model of industries obsolete. The world also relies on complicated international trade that can transcend a single factory or labour sector.

9. Combination of agriculture with manufacturing industries, gradual abolition of all the distinction between town and country by a more equable distribution of the populace over the country.

Urban and suburban sprawl is an inevitable outcome of the modern world and while many romance the idea of rural living they lack the ability to do so. Instead of bringing the country life back, the suburbs have pushed the country further afield. Regulation and the menace of bureaucracy along with technology has shrunk the world even combining industries. Many primary producers have on site packaging and distribution. Rural communities are dying out, often central planners have pushed populations into those regions with incentives. More extreme regimes have moved entire populations into the countryside, such as the Khmer Rouge, with severe consequence.

10. Free education for all children in public schools. Abolition of children’s factory labour in its present form. Combination of education with industrial production,

State run or controlled schools are a given in the modern world. Even schools that are privately run and home schooling, the State still mandates curriculum. Many critics of public schools point to the Prussian model and its adoption in various forms the world over, a key component is preparing children for employment. Most schools are structured to give children an education that will help them with traditional employment while propagating certain beliefs and ideals important to the national interest. Over time the bias of schooling is reflected in the contemporary ideologies of academia, which trains the teachers and public servants who write the curriculum.

It is believed that once the ten points are imposed, we will eventually have paradise on Earth.

Generations free of want and poverty. Modern government instead holds a perpetual stasis, the above are instinctual templates for ‘benevolent’ rule. Many of the ten points are as right wing and conservative as they are left wing and liberal under modern definitions. This is not to say that modern governments are Marxist or even look to his writings, the ten points are common, not because of any Marxist influence but because Marxism is no longer radical.